Researchers in the US and Australia have identified the mechanism underlying an ancient animal instinct: our appetite for sodium chloride (salt). The mechanism is hijacked by addictive compounds, such as opiates, which could help to explain patterns of drug abuse.

An appetite for salt can be crucial to survival because animals with an ability to meet bodily demands for salt by rapidly consuming salty solutions are more likely to avoid predators. But little was understood about the molecular control of this process. 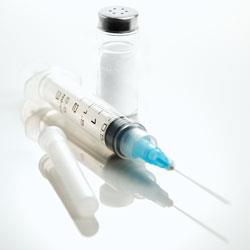 Now scientists from the Duke University Medical Center in Durham, NC, and the University of Melbourne have identified, in a region of the brain called the hypothalamus, the genes activated by salt appetite. The genes were the same as those regulated by cocaine and opiates, such as heroin (diacetylmorphine).

The team studied appetite in mice by withholding salt and giving them a diuretic, as well as the stress hormone ACTH (adrenocorticotrophic hormone), known to increase appetite for salt. They also blocked protein receptors, such as the dopamine type 1 receptor located in the hypothalamus, which reduced appetite for salt when blocked.

The team found that hunger for sodium caused another region of the hypothalamus to become susceptible to the effects of dopamine, a reward hormone, priming the brain to feel gratification when meeting its demand for salt. This could help to explain the feeling of satisfaction when using addictive drugs.

’It has been postulated previously that drug addiction is like an instinct, in that it is compelling, and gratifying’ says Derek Denton, from the University of Melbourne, who lead the project with Wolfgang Liedtke, a Duke neurobiologist. The findings may also explain how drug alternatives, such as nicotine gum for smokers and methadone for heroin users, can be used to treat addicts. ’Deeply embedded pathways of an ancient instinct may explain why addiction treatment with the chief objective of abstinence is so difficult,’ Denton says.

The study could provide new approaches to control obesity as well as addiction. ’The results send an important message that foods with higher salt concentration might have potential for vulnerable populations to get addicted to overeating,’ says Gene-Jack Wang, an appetite expert at the Brookhaven National Laboratory, US.