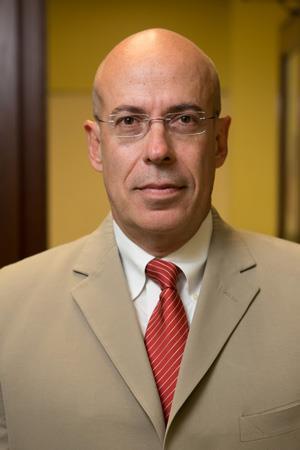 But there is a new research field emerging from the traditional disciplines of engineering and fundamental science, known as molecular engineering. Decades of work by scientists learning to understand and control the behaviour of matter on smaller and smaller scales now means it is possible to design and engineer devices based on molecular principles, with the potential to solve some of the world’s most challenging technical and societal problems. ‘Molecular engineering is a field whose time has come. I think the whole discipline is about to explode with this newly gained knowledge that we now have access to, and our ability to implement it and apply it,’ says de Pablo.

He is a theorist who has spent the last 20 years simulating and manipulating molecules and the way they assemble into functional systems, moving to IME from the University of Wisconsin–Madison in 2012 with experimentalist and long term collaborator Paul Nealey. Over 15 years ago they started to control the shapes adopted by block copolymers – different types of monomers arranged in block sections – using nanoscale patterned surfaces. From a purely fundamental starting point, they’ve recently achieved a level of theoretical understanding and experimental control that produces advanced applications as if by default.1 This directed self-assembly can now be used to produce circuits on the scale of tens of nanometres, with many major microchip and storage media companies poised to bring working devices to market.

What motivates him is both the applied problem at hand and the satisfaction derived from understanding something about nature that was not understood before. Both are vital aspects. ‘One of the beauties of molecular engineering is that because it is this nascent field, you can really not decouple one from the other, that is many of the concepts and ideas that we’re deploying in working devices are being discovered and figured out as we speak,’ explains de Pablo. Combined with the real possibility of rational design at the molecular level, due to the deep scientific understanding developed over recent years, progress can be tremendously fast: ‘The connection between the fundamental discovery and the application is much shorter now than it used to be, it’s almost immediate in some cases.’ 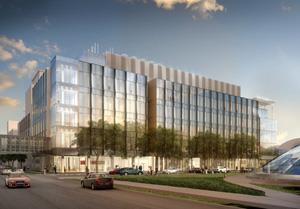 It does not take a revolutionary outlook or attitude to be a molecular engineer: ‘I’m not sure that it is a different way of thinking as it is a different way of working,’ he corrects when asked how his mindset differs from others that do not have such an overt design element to their work. ‘Ourselves and many others have been molecular engineers all along, but we were working within the confines of another discipline, in my case chemical engineering and physics, in other cases it would be in chemistry, or in materials science, or in biological engineering.’ So why isn’t everybody doing it? They’re not because the advanced knowledge and apparatus essential to design a solution to a particular problem is spread across different research groups in different departments and disciplines. ‘What has made the collaboration between Paul Nealey and myself unique is that by working together in covering all aspects of the problem, we’ve been able to move a lot faster than others, and really understand these materials at a level that others found more difficult.’ This partnership between theorist and experimentalist has become a blueprint for how to approach this new paradigm of design at the molecular level. ‘I think that if they could, every theorist would have an experimentalist right next to him or her, implementing the things that he or she is predicting, and by the same token any experimentalist would love to have a dedicated theorist or simulator looking at exactly the materials that they are looking at.’

According to de Pablo, for the traditional engineering disciplines to break out of their old modes of working and embrace molecular engineering, they need to find a way of making career-long relationships like this commonplace, and most importantly quick-forming whenever a new problem, requiring a different set of skills, rears its head. To do this ‘you need to have a school or institution where that is happening by design, by construction.’ The inertia of history, and for many, a lack of resources stands in the way. At IME, a new engineering school at a university without a history of engineering research, they are trying to achieve this by organising research efforts not in a conventional department structure, but instead by grouping around the problems that need solving: energy storage and harvesting, immuno-engineering and cancer, water resources, quantum information and technology, and programmed self-assembly into functional materials. ‘By assembling teams that are really designed to solve grand challenges of engineering or grand challenges of humanity, you can quickly assemble the best set of people for that goal or that problem. That is an incredible advantage – [we] will not be bound by traditional engineering boundaries, we’re free to assemble the school and the discipline in an optimal manner.’