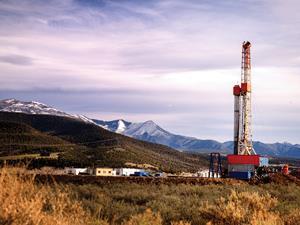 Fracking has invigorated the US oil and gas industry, but locals communities have concerns over the chemicals used

A US survey of almost 250 chemicals used in fracking has identified potentially harmful compounds and exposed a lack of information about them that is hampering efforts to understand fracking’s environmental impact.

Hydraulic fracturing, also known as fracking, involves pumping high-pressure water into shale formations kilometres beneath the ground to break the formations apart, releasing the gas and oil they contain. In the US, fracking operations have regenerated the domestic oil and gas industry, boosting production and driving down energy prices. The US chemical industry has also benefited from cheaper feedstocks, such as ethene, giving it a competitive edge over other regions.

Governments and chemical companies in other countries are hopeful that fracking might be similarly fruitful outside the US. However, the potential environmental costs of fracking have also brought criticism and resistance from campaign groups and the public. In particular, the effects of chemical additives used as part of the fracking process have raised concerns – formulations whose precise ingredients are often protected as proprietary information.

‘Right now, public knowledge is limited,’ says William Stringfellow from Lawrence Berkley National Laboratory, speaking at the 248th ACS National Meeting & Exposition in San Francisco, US. ‘So we want to resolve exactly what chemicals are being used in fracking fluids. And then to examine their hazards and risks.’

Stringfellow examined a list of fracking chemicals drawn largely from information provided by fracking companies to the voluntary registry Fracfocus, and information requested by the US Environmental Protection Agency. Assessing the chemicals based on available toxicity data, ‘we found that a relatively small number of the compounds can be characterised as being a known hazard in terms of mammalian or aquatic toxicology – about 10%’, says Stringfellow. These include biocides, used to prevent bacterial growth, and corrosion inhibitors. ‘They also use a lot of surfactants, which can be harmful to the aquatic environment,’ he adds.

However, Stringfellow stresses that the biggest problem he uncovered is a lack of information. ‘We can identify these hazards, but to assess the risk we need to know about exposure routes and persistence, which is where physical chemistry properties are important.’ But for almost a third of the chemicals surveyed there was little or no publicly available toxicity or physical chemical information, says Stringfellow.

‘[Industry says] the chemicals used are the same as in the cosmetics and food industry, but even so, you wouldn’t want them dumped down your drain,’ says Chris Rhodes, an independent energy and environment consultant. ‘Or, for that matter, in your soil or drinking water.’

Kyle Ferrar of the Fractracker Alliance echoes Stringfellow’s call for greater transparency. ‘We need full disclosure of any chemicals being put in the ground,’ he says, ‘so we can identify the risks and focus on replacing them with greener alternatives.’

There are some signs that the situation is changing – earlier this year, the fracking companies Schlumberger and Baker Hughes ceased to use trade secrets protection to withhold details of the chemicals they use. And oil and gas industry employees at the meeting also emphasised that efforts to find alternatives for the most hazardous materials are active areas of development. Given the sensitive nature of discussions on the composition of fracking fluids, industry insiders at the meeting declined to say any more.

‘Industry knows what its problem compounds are, and they’re trying to replace those. But we need to think about whether it’s a good system that people can withhold such information,’ says Stringfellow. ‘As attention grows, it’s not necessarily in the industry’s interest to maintain its secrecy.’