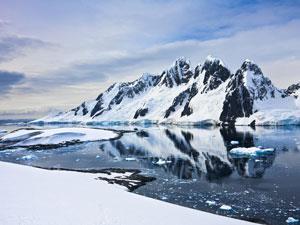 The recent climate change report from the Intergovernmental Panel on Climate Change (IPCC) has once again brought to our attention the threats posed by global warming. What’s more, a new study from scientists in Denmark and the UK says another worrying consequence of global temperature rises is that, as sea ice melts, banned pesticides are being reemitted into the open environment.

Many organochlorine pesticides (OCPs) have been banned or restricted in industrialised countries as toxic levels bioaccumulate in humans and predators at the top of the food chain. The repeated exchange of OCPs between the atmosphere, soil and aqueous compartments in a process known as the “grasshopper effect” has caused a build up of OCPs in Polar regions. Previous research has shown that North East Greenland is burdened with considerable levels of pollution.

Steve Arnold, an atmospheric composition expert at the University of Leeds in the UK, says the work is interesting and shows how persistent organic compounds from remote sources can affect the Arctic. ‘Remobilisation of OCPs from sea ice under projected warming temperatures may be an important issue to consider when trying to understand the future effects of these compounds on Arctic ecosystems and populations.’

Carsten Skjøth, part of Bossi‘s team, agrees with Arnold’s point by explaining that, at present, the effect of climate on air quality is poorly understood. Skjøth says their study is important as ‘dynamic estimations of emissions are, in general, only used for a few species – mainly emissions related to nature. However, anthropogenic emissions can also be affected by climate change, both directly and indirectly.’

Fellow team member Henrik Skov says that OCPs were studied due to the availability of their emission inventories. ‘Further work with OCPs may help develop a model for other compounds.’