Be creative, be inspired, be confident

Gregory Korshin talks to Michael Smith about his passion for environmental science, literature and languages 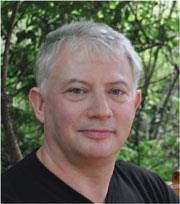 Gregory Korshin talks to Michael Smith about his passion for environmental science, literature and languages

Gregory Korshin is professor of environmental engineering at the University of Washington, Seattle, US. His interests include environmental electrochemistry, on-line methods to monitor drinking water quality, advanced wastewater treatment operations and environmental chemistry of radionuclides.

What inspired you to become an environmental researcher?

Before I left Russia in 1991, environmental chemistry became something that appealed to me, largely through my reading of English language journals. I felt that I could apply my knowledge of spectroscopy and electrochemistry to solving environmental problems - it was where my heart was and is, because it addresses what we have done or can do to this world - both good and bad.

Water is common to all environmental systems: ground water and surface water processes, radical processes, atmospheric phenomena and so on. It’s a physical and chemical medium for transport of contaminants, always present at interfaces and a daily necessity for all of us. It’s difficult to imagine any quality of life without safe drinking water and sanitation and this drives research, engineering and politics too.

What was your most significant early work in this field?

We discovered simple, frequently linear correlations between changes in absorbance of organic substrates reacting with chlorine and levels of diverse halogenated products formed as a result. Many such compounds are deleterious to health and need to be controlled. We used differential absorbance spectroscopy to probe some of these processes in drinking water and wastewater. We are now measuring fluorescence of natural waters - a beautiful spectroscopic phenomenon that is of interest to many in the environmental community.

Heavy metals are another interest, especially copper and lead in drinking water and using x-ray absorbance spectroscopy to examine the chemical nature of these metals in complex environmental systems.

How far has research on removing contaminants from water progressed?

Water purification is a hugely important and diverse area. Disinfection with chlorine was introduced in Victorian times. When it comes to saving millions of children from waterborne diseases, the Victorian technologies are still very effective.

In the west, we frequently deal with very low concentrations of diverse chemical contaminants that may or may not affect health immediately. In drinking water consumed in developing countries, microbial contaminants determine whether you live or die within hours. Effective, cheap and readily available technologies to control these are important.

Recent developments in water treatment include solar-driven approaches. Their success is tremendously important since they are truly renewable technologies. A range of new materials for water treatment applications are being developed including nanomaterials for removal of trace-level contaminants such as arsenic, but further work is needed. Desalination of sea water is becoming increasingly important.

What’s the next big challenge?

One of several is how to clean contaminated groundwater. This is an incredibly important resource and once a groundwater aquifer has become contaminated, it is very difficult to clean it up. There is currently rapid depletion of erstwhile abundant aquifers.

Trace level contaminants are another important area. There are hundreds of compounds ranging from ibuprofen or synthetic musks to pesticides, cancer drugs and birth control agents. There are currently several views concerning their assumed or documented effects. One hypothesis relates the increased incidence of autism with exposures to such chemicals. Some data indicates that while these compounds may not be so important for adults who have relatively robust endocrine systems, this may not be the case during foetal development or in children.

Many contaminants are endocrine disruptors and their effects on wildlife are very complex and potentially dangerous. Unusual sex changes in fish and invertebrates are observed in rivers without obvious anthropogenic influence, as in many English rivers, as well as in the presence of wastewater effluents, as in the Potomac River in the US. From an ecological point of view, these effects need to be understood, monitored and controlled.

Sometimes we don’t even know what we need to look for. This is because many compounds have not been identified, or cannot be identified because they are part of complex mixtures that cannot be broken down into individual components. These trace contaminants occur at nanogram, or picogram, per litre levels and still induce biological effects. The progress in analytical instrumentation to discover these contaminants has been nothing short of spectacular. Yet, it is still very difficult and expensive to do these studies.

If trace level organics can induce or influence disease in humans or affect life expectancy then this is hugely significant. Already documented effects on fish mean that wastewater needs to be treated more thoroughly than it is done now. However, this should not be viewed as an unwanted complication because wastewater can also be a resource. Phosphorus and ammonia, for example, can be recovered from wastewater and reused as fertiliser.

Which historical character would you most like to meet?

There are several. I have always had tremendous respect for the French tradition of thought. As our Russian poet Pushkin said - that ’sharp Gallic reason’. I admire Laplace and Lagrange who were 18th century French mathematicians and physicists. They were extraordinarily smart people and the culture of science in France then (and now) produced many like this. Joseph Fourier is another one.  He created, among other things, a very beautiful mathematical apparatus to analyse very complex phenomena in elegant terms.

Another character that I like a lot is James Clerk Maxwell. His ability to synthesise what relatively little was known at that time about electromagnetism and produce a spectacularly concise set of equations that have been used ever since is astonishing.

So what would your message to a young and aspiring graduate student be?

Be creative, be inspired, be confident. But, ultimately, it is intellectual thirst and curiosity that determines how far one will go.

If you weren’t a scientist, what would you be?

That’s a tough question. It’s a little funny to think about this now but when I was a teenager I was considering a career in the military. I’m not regretting that I didn’t take that up, but it could have been. Actually I do love learning. I love linguistics and history. Linguistics is a great science. I have always been drawn to it. It seeks and finds commonalities in different systems. It has to do with trying to determine what human mind is. I also love optics and light. One of the most fantastically beautiful things in my graduate studies was that I got to design, make and use interesting optical cells, light sources and detectors, and so on. If I hadn’t become a scientist then I would have moved into optical engineering or design.

What do you do when you’re not working?

I dabble in abstract painting. I study languages all the time (at the moment Farsi and Portuguese). I read a lot, often classic Russian poetry and prose. I truly love classic Roman, Italian and French literature. I love history and art. I like socialising with friends and relatives - I have many relatives, we’ve been blessed that way. Travel too: I’ve been to many countries but it’s still not enough.