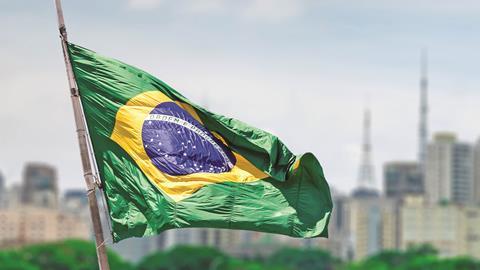 Brazil’s science enterprise faces a serious threat now that a constitutional amendment proposed by President Michel Temer to help address the country’s current economic crisis has been approved by the nation’s lower house of Congress, according to high-profile representatives of the Brazilian scientific community.

The proposal, which would limit basic expenditures by Brazil’s current and future governments in areas like science, health and education for the next two decades, was passed by Brazil’s House of Deputies on 25 October with 359 votes in favour, 116 against and 2 abstentions.

This so-called PEC 241 amendment still awaits Senate passage, but if approved, such government funding can receive no more than inflationary increases over the next 20 years, even if Brazil’s gross domestic product (GDP) increases. A Senate vote on the proposal is expected by 13 December.

Meanwhile, Brazil’s Federal Public Ministry called the proposal unconstitutional, in a technical note published on 7 October. The agency argued that PEC 241 challenges the independence and autonomy of Brazil’s legislative and judicial powers, as well its justice institutions.

The situation represents an ‘imminent catastrophe for Brazilian science, which is facing already a very difficult situation, with laboratories stopping some activities,’ the president of the Brazilian Academy of Sciences, Luiz Davidovich, tells Chemistry World.

In fact, Brazilian researchers like Cassia Turci, who directs the Federal University of Rio de Janeiro’s Institute of Chemistry, said earlier this year that academic scientists in the country have been particularly hard hit by the country’s economic woes since 2015.

Tatiana Roque, president the professors’ union at the Federal University of Rio de Janeiro, agrees that PEC 241 would directly harm Brazilian science and education. ‘It is not only about a cut in the budget, but it is about the suspension of the constitutional guarantees of public investments in education and health,’ she states. ‘During the governments of five presidents, we never saw before such a serious attack on these fields,’ Roque adds.

If approved, PEC 241 will be a ‘disaster not only for research in chemistry but for the whole Brazilian science,’ echoes Aldo José Gorgatti Zarbin, president of the Brazilian Chemical Society who also is a chemistry professor at the Federal University of Paraná. Zarbin notes that 90% of Brazilian science takes place at the country’s universities, which he emphasises would see budgets frozen under the proposal.

However, PEC 241 does not provide details on the funding limits that would be set for the various sectors, and Davidovich suggests that the different areas, like science, will need to advocate for themselves and negotiate.

‘There is no guarantee that the budget for science will be kept in the same level as today’, Davidovich says. Nevertheless, he suggests that even the current levels of funding for Brazilian science would insufficient. The country’s science budget in 2016 is the equivalent of £1.4 billion, which is about to half the level of three years ago, according to Davidovich. Moreover, he notes that ‘communications’ has recently been added to the purview of the government ministry that handles science and technology.

The new, broader-scoped ministry was announced in May, just hours after Michel Temer was temporarily named Brazil’s president as part of the political process that led to the impeachment in August of his predecessor, Dilma Roussef.

Davidovich expresses concern that Brazilian science will not survive 20 years of deprivation. ‘Actually, three years can be fatal,’ he warns. To address this concern, the Brazilian Academy of Science is proposing that science and technology funding be exempt from PEC 241, on the grounds that they are vital to economic development.

‘In moments of crisis, the solution is to invest in S&T aiming to increase the GDP, following the example of United States, which invests 2.8% of its GDP in the sector’, Davidovich states.

Darcisco Peroni, a member of the Brazilian Congress who put the PEC 241 proposal forward, is optimistic. He expects that the constitutional amendment will be successful in Brazil because similar strategies have been effective in the Netherlands and Nordic countries since the 1990s.

However, the International Monetary Fund has analysed the fiscal policies of 89 nations and found that Brazil would be the first to establish a 20-year budget freeze. The other countries set up such austerity periods of less than five years.