After years of jumping between chemistry jobs, Adam Hold created his dream career by setting up his own company to provide analytical services. Yfke Hager reports

After years of jumping between chemistry jobs, Adam Hold created his dream career by setting up his own company to provide analytical services. Yfke Hager reports

Adam Hold considers himself fortunate to have forged a successful consultancy for biotechnology and pharmaceutical industries. But there’s no denying that it also takes the right blend of skills and experience to spot a gap in the market and start your own business. 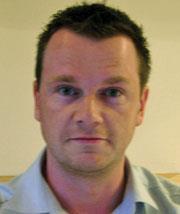 Hold has always had a fascination for science. He studied natural sciences at Cambridge university, UK, specialising in chemistry. He developed a love of chemistry during summer industrial placements at Roche Discovery, where he worked under the supervision of an experienced analytical chemist.

Despite enjoying practical work during his degree, he decided not to do a PhD. ’I think that you can learn so much more on the job,’ he says. ’I personally felt that three years working in industry, given my chosen field, would serve my career better than doing a PhD.’

After graduating, Hold did a final placement at Roche Discovery. He then landed a job as a research analyst at GlaxoWellcome, which involved creating and validating new Good Laboratory Practice procedures. Unfortunately, Hold says, the role didn’t suit him. ’I really wanted to be in a lab, in a research environment, learning new techniques,’ he says.

He left GlaxoWellcome after six months to go travelling. The break gave him time to ponder his career options. When he came back from a year abroad, he joined Roche Discovery as a research scientist. Here, Hold says, he experienced the best of both worlds: he was a member of a large analytical department but was seconded to a high-throughput chemistry group. ’That was my first real job, and it was a very good experience,’ he says. ’I was working with brilliant chemists and analytical scientists. It was a great learning ground.’ Unfortunately, the site closed down after three years and Hold was forced to find a new job. He was gratified to discover that experienced chemists will always find a good home. ’Nearly all of my colleagues found a new job within three months. I think that’s a testament to how good the research group at Roche was,’ he says.

Searching for a career move that would offer a different perspective, Hold was attracted by the booming biotechnology sector. Along with some of his Roche colleagues he moved to RiboTargets (now Vernalis), a small biotech company based in Cambridge. ’I wanted to work in a young, expanding company,’ Hold explains, ’and this was a young company with funding and an exciting expansion plan.’

Three years later, an interesting career opportunity presented itself. ’At this point, I had about eight years of industrial experience,’ Hold says, ’and I found that people kept coming to me for advice about evaluating equipment.’ He realised that companies rely heavily on analysts to ensure that their systems run smoothly and efficiently. ’It dawned on me that here was an opportunity to give this advice on a more personal basis,’ Hold says.

Hold’s lucky break came when Arrow Therapeutics in London lost its analyst. Hold stepped into the breach, and hasn’t looked back since. ’Some smaller companies may not need a full-time analyst, but they still need that expertise, so that’s where I come in,’ he says. ’A lot of my contracts are for smaller companies who only need my services for short periods.’ He develops instrument methods and trains a company’s chemists so that they know how to maintain their equipment and ensure that it always churns out reliable results.

He wasn’t daunted by the prospect of setting up his own company. ’I was at a point in my life where I was willing to take a risk and I was prepared to have no income for five or six months,’ he says, ’but it all worked out fine. I feel extremely fortunate to have a successful business, and I owe a lot to my colleagues in industry who recommend my services and help me get a steady stream of work.’

Hold’s new job involves doing what he enjoys most. ’I enjoy problem solving, troubleshooting equipment and seeing how different manufacturers’ products work. And I really like the people contact.’ Hold clearly has a great deal of respect for the chemists that he works with on a daily basis. ’You need a huge range of technical skills and specialist knowledge to be a good chemist. Experienced chemists are absolutely invaluable to companies,’ he says. Hold’s own skills have certainly helped him on the route to self-employment, and from the continued success of his business we can safely assume that his clients consider him to be just as invaluable.