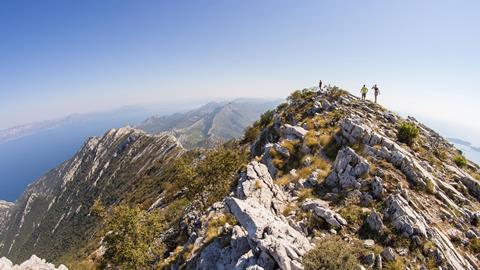 Climate change could reduce the amount of carbon stored in soil in the Mediterranean region by a third over the next 60 years, according to research undertaken at the University of Cordoba. This in turn could drive up food prices and endanger crop production in the region as soils become poorer and more and more fertiliser is needed to keep yields up.

A study of 600 soil samples from the Sierra Morena region in Spain found that local soils contain between 2 and 7% organic carbon matter. However, when scientists modelled the relationship between the soil and 24 variables affected by climate change, such as rainfall and temperature, they found that organic carbon content could decrease by an average of 35.4% in the region’s topsoil.

The Spanish researchers reveal that, while each soil type is different, a carbon content of less than 2% generally means soil is unsuitable for agriculture. They found that soil organic carbon was most likely to decrease in lowlands and on southward-facing slopes, which are also the most suitable for growing food. 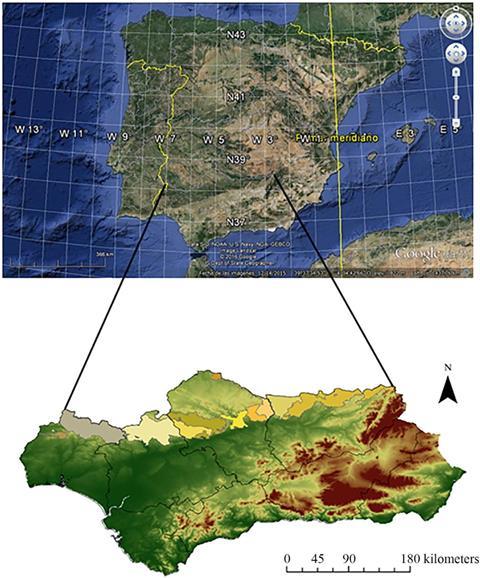 Over 600 soil samples were taken from across the Sierra Morena region in Spain. The results show cause for concern on food production in the region over the next 60 years

To cope with a decrease in soil organic carbon, local farmers would have to increase fertiliser use, which could exacerbate related problems, such as water pollution, says co-author Alfonso Olaya Abril. ‘The price of foods will increase due to the increase in production costs directly related to this,’ he explains. ‘In some cases, traditional crops will have to be changed for others more adjusted with the new needs. Consumers and farmers will suffer the consequences.’

In many Mediterranean countries, food consumption already outstrips production, with only France and Spain exporting significant amounts of cereals and vegetables. The Spanish study should be an early warning to policymakers, who need to adapt local agricultural practices to the realities of climate change, says Miriam Muñoz-Rojas, a biologist at the University of Western Australia, who has extensively researched Mediterranean soils. ‘Sustainable land use in Mediterranean areas could reduce the negative effects of predicted climate change impacts by sequestering atmospheric carbon into the soil,’ she says. ‘[This] could bring additional environmental and economic benefits, such as improvement of soil quality and enhancement of crop productivity.’

However, Abril is cautious about advocating specific policies, as only 50% of the soil organic carbon content in their study can be traced to specific contributors. He says more research is needed to understand how other factors, such as microorganisms in the soil, affect the presence of carbon, and how these will develop as the climate changes.