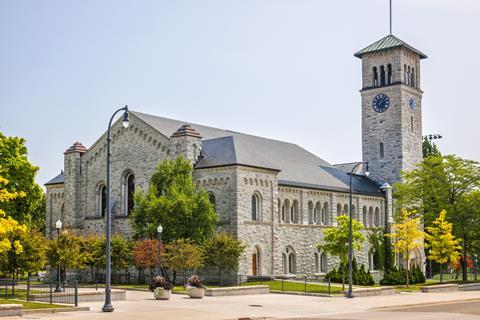 Graduate student Zijie Wang has pleaded guilty to poisoning a co-worker in the chemistry labs at Queen’s University in Kingston, Canada. He had been dosing his co-worker’s food with N-nitrosodimethylamine (NDMA), used to induce cancer in rats, which initially made the victim vomit and gave him diarrhoea.

The victim – who survived and testified in court on 2 November – subsequently installed a camera on his desk, and recorded Wang pipetting a substance into his food. Wang is due to be sentenced on 11 December for ‘administering a noxious thing to endanger life or cause bodily harm’ and aggravated assault.

Local media reports that the victim was also Wang’s former roommate, as well as his colleague, having lived with him between December 2016 and May 2017. The victim asked the court ‘What kind of hatred would make a person attempt to kill his roommate?’, the Queen’s University Journal reported.

All of Wang’s colleagues had been through ‘unpleasant experiences’ with him, the victim added. He reportedly told the court that he will ‘suffer for life’ wondering if he’ll develop cancer. He has now developed two small bumps on his chest, and fears they could be cancerous. Worse still, the university is not renewing the victim’s contract, he testified.

The victim’s first recollection of the poisoning was 8 January, when he tried to eat an apple pie he had brought into work, stopping after finding the second bite too bitter. Within four hours he was reportedly vomiting and suffering from diarrhoea.

A week later, on 15 January, he found another apple pie that he ate at work at first tasted normal, but then tasted bitter in the middle. This time he didn’t fall ill. The following week a cinnamon raisin bread loaf that the victim had brought in similarly tasted bitter. He asked a colleague to try some, and they agreed it didn’t taste right. The victim had also detected a strange flavour in water he had been drinking.

Detecting a pattern, the victim set up a camera and recorded Wang poisoning a loaf of bread while he was in a group meeting on 29 January. The Queen’s University Journal reports that when Wang was arrested, he initially said he’d only used ethanol. The victim didn’t find out about his exposure to NDMA until a toxicology report months later.

According to Linkedin, Wang did his bachelor’s degree in materials chemistry at Sun Yet-Sen University in Guangdong. He then moved to Queen’s, where he is a PhD candidate in Guojun Liu’s group in the chemistry department. As a master’s degree student in 2015, working in Liu’s group, Wang functionalised cotton fabrics so that they can separate oil from an oil-in-water emulsion rapidly and cleanly.

NDMA has been used to poison people in several cases, including a fatal poisoning at Fudan University in Shanghai, China in 2013. Clare Selden from University College London explains that researchers use NDMA to induce liver cancer in rats to then test treatments that might cure it. Usually, scientists would need to give several doses to the rats to do this. Rather than facing the difficulty of repeatedly catching and injecting them, they will put NDMA in rats’ water, a process which resembles the Wang case.

In Chinese hamsters a single injection of a dose exceeding 30mg/kg is usually fatal, while a single 20mg/kg injection induced cancer in 80% of hamsters 25 months after treatment. The 30mg/kg dose equates to a 70kg person being given 2.1g of NDMA. One of the victim’s partially-drunk water bottles contained 5.8g and another 4.1g, according to the Queen’s University Journal.

However Selden warns against projecting risks from animal models to humans, and also that drinking and eating NDMA differs from it being injected. ‘No one can tell you for sure if somebody’s going to get cancer, but if you’ve ingested a known carcinogen you ought to imagine that your chances will go up,’ she adds.