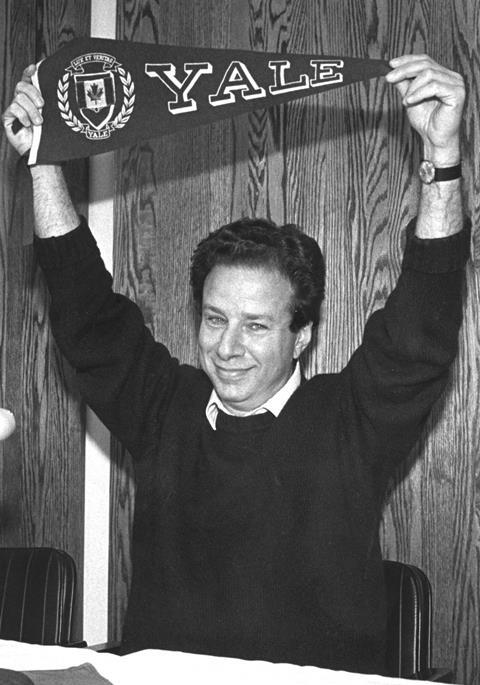 Sidney Altman, who shared the 1989 chemistry Nobel prize with Thomas Cech for discovering that RNA is not only a molecule of heredity but also a biocatalyst, passed away on 5 April after a long illness.

Altman was born in 1939 in Montreal, Canada. His parents had immigrated to Canada from Poland and Ukraine, respectively, in the 1920s. Altman recalls two things in particular that sparked his interest in science: a periodic table book and the atomic bomb. ‘The mystique associated with the bomb, the role that scientists played in it and its general importance could not fail to impress even a six-year old,’ he recalled in an interview with the Nobel foundation in 1990.

Altman went on to study nuclear physics at the Massachusetts Institute of Technology, US, and then moved to Columbia University for graduate studies in physics. But he left after only a year and a half, having spent that time waiting unhappily for an opportunity to work in a laboratory that never materialised. He instead enrolled as a graduate student in biophysics at University of Colorado Medical Center. Here, he worked with DNA researcher Leonard Lerman and received his PhD in 1967.

For two years, Altman worked as part of geneticist Matthew Meselson’s team at Harvard University before moving to Cambridge, UK. He joined the group of biologist Sydney Brenner – a future Nobel prize winner – and 1962 Nobel laureate Francis Crick. ‘As an ex-physicist, I felt as if I was joining the equivalent of Bohr’s group in Copenhagen in the 1920’s,’ Altman recalled. ‘It turned out to be scientific heaven.’

In 1971, Altman moved back to the US to start his independent research career at Yale University. A year later he married a fellow Yale University researcher, the biochemist Ann Körner.

It was his post-doctoral stint at Cambridge that put Altman on the path that would eventually lead to his Nobel prize-winning work. He studied how DNA’s genetic code is transcribed into RNA before it gets translated into proteins. Because DNA contains regions that aren’t essential for making proteins, an enzyme cuts these regions out of the RNA molecules before translation.

In 1978, Altman was studying an RNA-cutting enzyme composed of a protein and an RNA molecule. His team managed to split the two components, showing that the RNA molecule is necessary for the enzyme’s function – a first for molecular biology.

Five years later, Altman discovered that the RNA molecule could catalyse RNA-cutting by itself. But his findings ran against the prevailing biochemical dogma that all enzymes are proteins and that nucleic acids only play a role in heredity. ‘When he sent his first publications out on ribozymes [in the late 1970s], the community of molecular biologists, including several at Yale working on RNA, did not want to believe the work,’ said Joel Rosenbaum, Altman’s long-time Yale colleague. ‘He had a hard time obtaining invitations to speak at scientific meetings … and, indeed, getting his work published.’

But eventually, the importance of Altman’s work was recognised. ‘I regard [Altman’s] finding as almost equal in importance in Molecular Biology to the discovery of the DNA double helix by Watson, Crick (and Franklin),’ Rosenbaum told Yale Daily News.

Together with Cech, who had found self-splicing RNA in 1982, Altman won the chemistry Nobel prize in 1989. The discovery, the Nobel Academy pointed out, meant that ‘many chapters in our textbooks have to be revised’.

In 1985, Altman was named dean of Yale College, where he expanded the curriculum’s science and the language requirements. ‘As the dean of Yale College, Sid was extraordinarily devoted to having students conversant in all disciplinary areas,’ said Yale president Peter Salovey in a statement. ‘…He believed non-scientists should have an understanding of science, and that scientists would benefit by having a richer understanding of the humanities, arts and social sciences.’

Altman continued to research RNA, including its role in treatments for malaria and other diseases. He had recently joined the Montreal Clinical Research Institute, but the Covid pandemic and Altman’s personal health problems prevented the project from becoming a reality.