China looks to alternative hydrocarbons to fuel its future 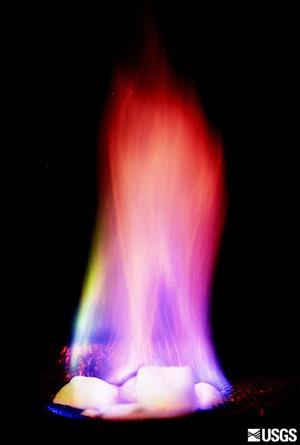 In response to growing energy demands, China is quickening its efforts to explore alternative energy sources ranging from ‘flammable ice’ to shale gas, although technological bottlenecks and environmental concerns are hampering efforts to commercialise them.

In September, the China Geological Survey – the government agency that oversees geological and energy research – announced that by 2030, commercial extraction of methane from gas hydrates, also known as ‘flammable ice’, will begin in China. Gas hydrates are chemical lattices in which small molecules – including gases such as methane – are locked up in a network of hydrogen bonded water molecules and are found in permafrost and ocean sediments. They represent an enormous and as yet untapped source of fuel, and vast reserves have been identified in the South China Sea and northwestern Qilian Mountains. It is estimated that in total, China may be sitting on gas hydrates equivalent to 110 billion tonnes of oil. Last year, the entire country’s energy consumption was equivalent to 2.6 billion tonnes.

But although gas hydrates exploitation may hold promise for the future, huge technological and environmental challenges stand in the way. 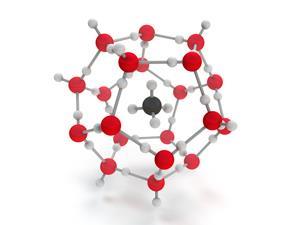 Xiaosen Li, chief scientist for gas hydrates at the Guangzhou Institute of Energy Conservation, Chinese Academy of Sciences (CAS), says the 2030 goal of commercial flammable ice exploitation is a political aim rather than technological one. He tells Chemistry World that there is no mature technical solution to control the release of methane from gas hydrates. Reducing pressure during the process may help reduce the release of unwanted, low-value by-products, but would also slow the extraction of methane. Ultimately, he explains, the central issue is whether there can be a worthwhile return on energy invested.

It is also not known exactly how drilling gas hydrates could affect sea and permafrost environments, and whether it might lead to events such as underwater landslides.

As well as ambitious plans to explore flammable ice, China is planning to ramp up shale gas extraction. Since the shale gas revolution at the start of this century, 20% of the US’s natural gas demands have come from shale, and China is hoping to follow in its footsteps. Last month, state-owned Sinopec, the country’s largest petrochemical company, announced that it has developed and installed fracking equipment to extract shale gas by injecting large amounts of water, chemicals and sand into cracks in the rocks to release the methane. The company claims that being able to produce its own equipment should substantially lower production costs and speed up extraction.

Compared to gas hydrates, shale gas is a more mature, tried-and-tested technology that has already proved successful elsewhere. But although China is estimated to have the world’s largest shale gas reserves, the country’s geological conditions have complicated commercial extraction efforts. ‘The shale rocks containing gas in China are much harder to crack, and the majority of gas reserves are deeper than in the United States,’ explains Xiaoping Han, chief information officer of the China Energy Network thinktank.

The potential environmental consequences of fracking are also a concern. The process consumes huge amounts of water, which is scarce in most Chinese regions with sizeable shale reserves. There are also worries that the chemicals could contaminate drinking water. These concerns, plus the high cost of exploitation, has led to the widespread belief among experts that China cannot reach its goal of producing 6.5 billion m3 of shale gas by 2015.

Despite the difficulties, gas firms such as Sinopec remain optimistic. Earlier this year, the company began commercially extracting shale gas for the first time in a field in the southwestern province of Sichuan. It is expected that the total output of shale gas in China this year could reach 1.5 billion m3. ‘The development of shale gas in China is being realised despite earlier setbacks. The application of new domestically developed technologies will lower the cost and increase outputs,’ says Han.

Gas hydrates exploitation, although far further from commercialisation, is predicted to have a relatively small environmental footprint. Li says researchers are developing ways to combine hydrate extraction with carbon capture and storage (CCS) technology, driving out methane and storing carbon dioxide at the same time.

Attitudes towards shale gas are also changing. In early October, Changbo Ju, deputy director of the geological survey department of the Ministry of Land and Resources, the major watchdog for shale gas development in China, told China National Radio that there is no reason to believe that shale gas exploitation will contaminate drinking water. ‘The mining firms also tap water from Wujiang River to avoid competing with drinking water resources in Sichuan,’ he said. Han adds that, while China as a whole is short of water, ‘Sichuan Province [where most fracking currently takes place] does not lack it’.