China is one of the world’s largest emitters of carbon dioxide, and has been high on the agenda in discussions in the run up to the United Nations climate change conference in Copenhagen later this year. This week a Chinese think tank formally predicted that the country has the potential to reduce its carbon emissions significantly earlier than previously expected.

The 2050 China Energy and C02 Emissions Report, released by a panel from the Energy research institute (ERI), says that the nation’s carbon emissions could peak in 2030 - as long as the government continues to work hard to achieve low carbon economic development. 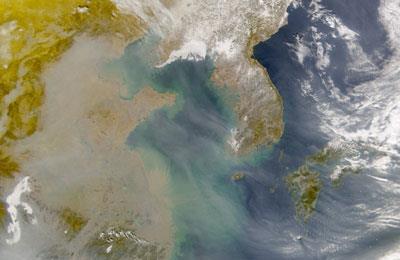 Previously, the Chinese government had maintained that the country’s emissions could not drop off before 2050 due to the economic growth in the region, and argued that the more developed nations should be the first to make dramatic cuts.

The ERI report, however, predicts that with the right policies, emissions growth could slow after 2020, and then peak around 2030.

China vowed that over the period of its eleventh Five-year Plan (2006-2010), energy consumption per unit of GDP would be reduced by 20 per cent, meaning an average 4 per cent cut annually. In the first three years to 2008, the nation managed to reach half-way to that five-year reduction target.

The report praises China’s efforts thus far, but recommends that if the country develops in an ’enhanced low carbon scenario’, with very stringent policies, emissions could reach a maximum of 2.2 billion tonnes a year in 2030 and fall to 1.4 billion tonnes in 2050, equivalent to 2005 levels.

Authors of the report were unavailable for comment when contacted by Chemistry World, but lead author Jiang Kejun has previously been reported as saying that if China works hard to achieve low carbon development, it can become a major exporter of clean technologies and equipment such as carbon capture and storage thanks to low manufacturing costs.

The report recommends the Chinese government first set targets linked to economic growth to reduce carbon emissions, and then set an absolute goal to cut the nation’s emissions as a whole. It also suggested that carbon taxes could play an important role in cutting the country’s future carbon dioxide emissions.

Responding to the report, Pan Jiahua, director of the Research Centre for Sustainable Development under the Chinese Academy of Social Sciences, says that quick progress in clean technologies could enable China to realise emission reductions earlier than previously estimated. ’But this does not mean China should immediately adopt harsh policies to reduce energy consumption, which could hurt the economy. [Carbon emission reduction] is a natural and gradual process,’ Pan told Chemistry World.

According to Wang Wentang, secretary general of China Petroleum & Chemical Industry Energy Conservation Association, a future drop in activity in the chemicals sector could help achieve the emission reductions by 2030. The current boom in construction of energy-consuming chemical factories will mean the market will eventually become flooded with their products, which will inevitably lead to closures, Wang told Chemistry World. ’The rapid progress in energy saving technologies in the sector could also help realise the [emissions reduction] goal,’ he says.