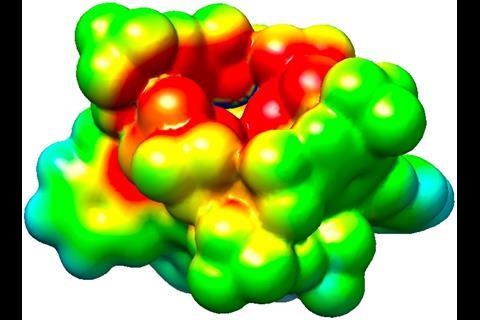 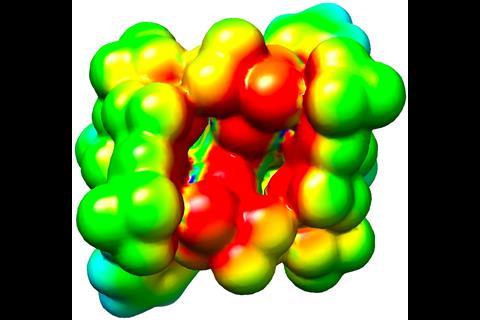 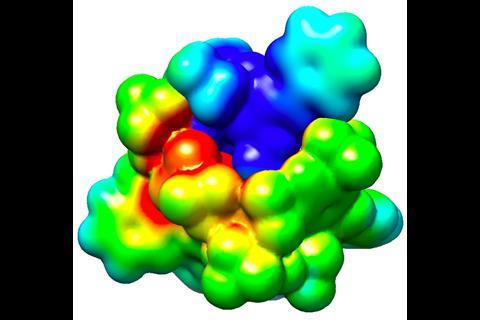 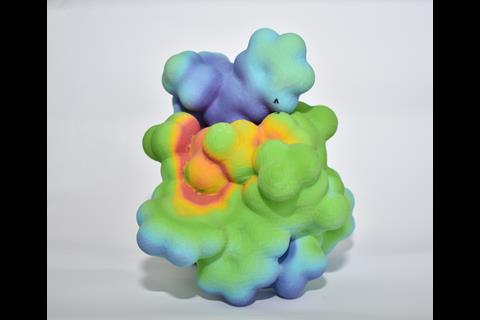 A catalyst, designed to mimic an enzyme, squeezes molecules into shape for tricky-to-do asymmetric reactions. The chunky acid’s chiral pocket has, for the first time, made it possible to do Diels–Alder reactions with esters1 and aldol additions with acetaldehyde.2 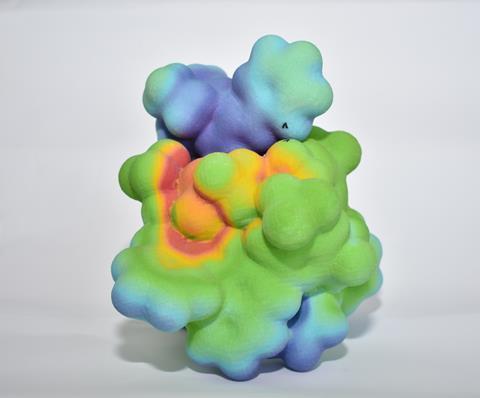 The Mukaiyama variant of the aldol reaction pairs a silyl enol ether with an aldehyde. However, it is prone to producing oligomers since the addition products are just as reactive as the starting materials. The problem is exacerbated when using the simplest of the enolates, acetaldehyde enolate. In Diels–Alder reactions, this reactivity problem is reversed when it comes to unsaturated esters – as dienophiles, they are almost completely unreactive.

Now, Benjamin List’s team from the Max Planck Institute for Coal Research in Mülheim, Germany, has taken a lesson from nature and designed enzyme-like catalysts to tackle these tricky transformations; making them possible in the first place while also producing almost entirely single enantiomer products.

‘The idea behind these catalysts was to mimic an enzyme’s active site,’ List explains. His imidodiphosphorimidate (IDPi) with its enormous Binol backbone looks almost too bulky to be reactive. But the team fine-tuned the cavity to fit the substrates perfectly as computer modelled 3D structures have shown.

‘We created a confined space, a cavity that is only accessible to substrates in certain conformations,’ says List, which helps explain both the reactivity control and the catalyst’s stereoselectivity. In some cases this perfect fit limits the reactions’ scope: Diels–Alder cycloadditions only work with methyl esters, not the slightly bigger ethyl esters. Nevertheless, ‘their system can do a variety of substrates within a class whereas normally an enzyme would be very specific for one reaction with one substrate,’ says organic chemist Louis Morrill from Cardiff University, UK. 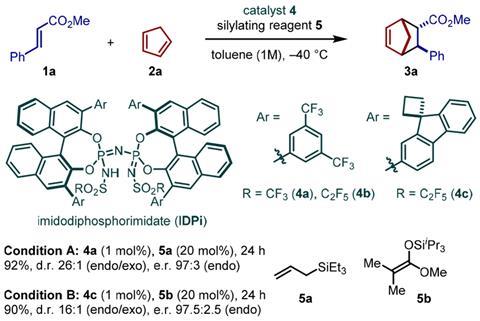 For the Diels–Alder reaction, the catalyst both activates the unreactive methyl ester substrate, and controls which face of the double bond reacts

Morrill praises the extremely low catalyst loadings: just 0.5mol% IDPi in some cases. ‘In addition, [the Diels–Alder reaction] can be scaled-up and the catalyst recovered without loss of selectivity over several runs,’ adds Silvina Pellegrinet, organic chemist at the National University of Rosario, Argentina.

However, ‘the highly specialised nature of the catalysts, which require multi-step synthesis, may inhibit the general uptake of this approach,’ Morrill comments. Pellegrinet agrees: ‘If the chiral catalysts were readily accessible, I would use it in my lab.’

‘In the longer run, we think we have the right type of system to make other acid-catalysed reactions enantioselective,’ says List. He explains that one of the biggest challenges in asymmetric catalysis is to do polyene cyclisation. ‘For example, converting squalene into steroids is something that still only enzymes can do.’