Politicians in the US are raising the pressure on chemists and other scientists to ensure their work’s legitimacy following the publication of emails suggesting unethical research practices at the University of East Anglia. Ralph Hall, the Republican representative for Texas, introduced House Resolution 954 on 8 December ’to preclude future infringements of public trust by scientific falsification and fraud’.

’In addition to economic and regulatory concerns about international climate agreements, the issue of scientific integrity also has been called into question,’ explained Hall. The bill’s text includes specific references to the Climatic Research Unit (CRU) at UEA, describing ’attempts by some, including the head of the CRU, to alter data that is the basis of climate modelling across the globe’. Hall hopes that the resolution will caution the US president against signing any international agreements at the climate change conference currently ongoing in Copenhagen. 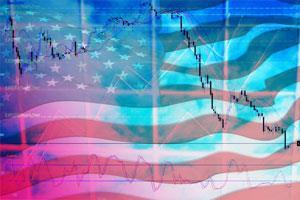 Mike Pilling, an atmospheric chemist at the University of Leeds, UK, agrees that the possibility that the CRU deleted data and attempted to suppress papers published in the peer review literature is ’extremely worrying’. He is concerned, however, that HR954 implies that this may have significantly affected the data used in reports by the International Panel on Climate Change (IPCC). ’Given the way in which the data were collected, the number of independent data sets, and the checks and balances that are in place, I find it inconceivable that there is widespread malpractice,’ he says.

However, Pilling does say that a detailed enquiry into the data used by the IPCC, as well as data used by climate change sceptics, should be very valuable in helping resolve the current controversy. ’Public trust in science has been diminished by the UEA emails and the way in which they have been reported,’ he told Chemistry World. ’It is essential that this trust is restored.’

Even prior to the CRU revelations, worries about tampering with scientific results had already led the US National Academy of Sciences (NAS) to publish a report entitled Ensuring the integrity, accessibility, and stewardship of research data in the digital age. Although prompted by letters from the journal Science and the Journal of Cell Biology citing incidences of digital image manipulation, the July 2009 report is actually relatively positive about current research practices. ’There is simply no evidence to suggest some sort of increase in cheating,’ explained co-author and Harvard atmospheric chemist Steven Wofsy.

To help ensure untainted data in future, Hall’s resolution calls for a ’bipartisan group... monitoring the status of scientific assessments on Global Climate Change’.   Pilling says that he ’would be very unhappy if this were to take place’, as it would undermine the way in which academics operate. Wofsy points out that direct political involvement in research has sometimes been less than benign in its intent. ’There are instances of political interference in the scientific process that are highly egregious,’ he said. ’Fortunately there are actually few such major incidents.’