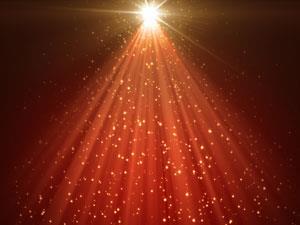 Light could be a simple way to improve metal catalysts

Researchers in the US have shown that the oxide coating on copper nanoparticles can be stripped away by light, exposing the metallic, catalytic copper core. The finding is potentially significant because the oxidation state of many metals dictates their catalytic characteristics, and the ability to tune the oxidation state could open the way to producing more versatile and efficient catalytic systems.

The research team, from the University of Michigan, illuminated copper nanoparticles and used them to oxidise propylene, forming the industrially important epoxide propylene oxide. Conventional ways of making propylene oxide involve the hydrochlorination of propylene with chlorine, or the co-oxidation of isobutane or ethylbenzene. Both of these processes use or produce hazardous compounds.

It has been known for some years that metallic copper can catalyse the direct epoxidation of propylene. However, this was demonstrated on pure crystalline copper under high vacuum. Under standard conditions, as soon as oxygen is presented to a copper surface an oxide layer forms. This ruins copper as a catalyst.

Now, Suljo Linic and colleagues have shown that if visible light is directed onto copper nanoparticles, the surface layer becomes reduced, stripping away the oxide, leaving metallic copper. The effect arises because of a phenomenon called localised surface plasmon resonance. If the frequency of the incident light matches that of the surface electrons, the electrons become more energised and a powerful electric field is generated. The electrons have sufficient energy to move between orbitals, weakening the copper–oxygen bonds and reducing the surface.

The team then showed that copper nanoparticles illuminated with visible light could catalyse the epoxidation of propylene. ‘In our system we achieved around 50% higher selectivity than has been achieved with a solid state catalyst,’ says Linic. ‘We would need to get higher efficiencies for a commercial system, but we think we can improve the design to get better selectivity.’ More important, Linic says, is the concept. ‘The chemistry and outcome of catalytic reactions is often governed by the oxidation state of surfaces. If we can tune the oxidation state by any stimulus, then we can tune the chemistry.’

Michael Bowker, an expert in heterogeneous catalysis at the University of Cardiff in the UK, says: ‘Nowhere is conversion mentioned. It appears that the maximum propylene conversion is around 4%, i.e. very low. It is often easy to get high – and this isn’t very high – selectivity at low conversion.’ Bowker adds: ‘However, in my view Linic is an excellent scientist and propylene epoxidation is one of the holy grails of heterogeneous catalysis – not yet achieved – so it is of considerable interest.’