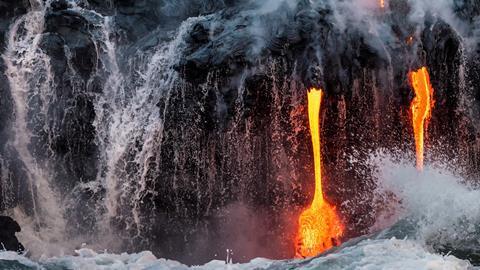 Researchers may have found an unexpected new way to study underwater volcanoes – by examining corals. That’s the conclusion of a new study, which reports that as they grow the skeletons of black corals preserve a geochemical record of noble gases present in the surrounding seawater, including any signals of nearby volcanic activity.

The onset of a volcanic eruption is often accompanied by the release of gases from upwelling magma. Sampling these emissions before an eruption might provide an early warning system, while the composition of the gases can provide information on the magma sources and the volcano’s evolution.

Deep sea corals can incorporate various trace elements from the surrounding ocean into their skeletons as they grow – a property which has made them valuable as geochemical archives of past environmental conditions. Geochemist Antonio Álvarez-Valero of the University of Salamanca, Spain, and colleagues set out to discover if corals might also trap noble gases – which can be released during volcanic eruptions – and if this might provide a new tool for studying the timing, duration and intensity of past underwater volcanic activity. 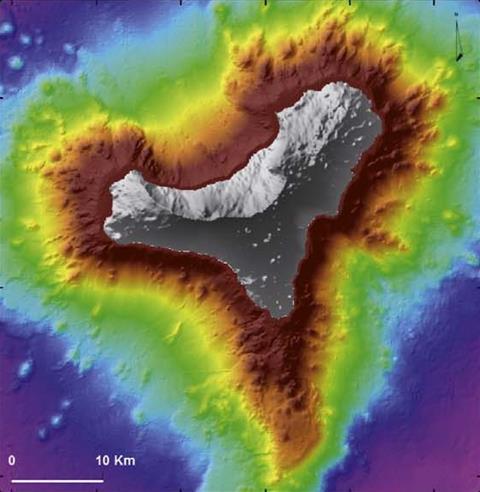 Location and bathymetric details of El Hierro, Canary Islands, and the submarine volcano, Tagoro, located around 2km south of the island

To test their hypothesis, the researchers looked at deep sea corals near the vent of the Tagoro volcano, which erupted near the Canary Islands in 2011. Volcanic rocks from the eruption and two types of coral – whip-like black corals and yellow colonial corals – were dredged from the seafloor and analysed for their helium, neon and argon concentrations and isotopic ratios.

Helium-3 to helium-4 ratios at the base of the black corals were found at similar levels to the rocks produced in the eruption. In the upper part of the black corals, which the researchers interpret as having grown after the Tagoro eruption, helium ratios were at background levels. A helium signal was not found in the yellow colonial corals, however, suggesting that not all coral species’ skeletons hold a record of local noble gas emissions.

The researchers propose that they can use estimates of coral growth to determine the time of the helium emission. ‘Magmatic helium from the Tagoro submarine volcano was released before both the volcano’s seismic activity and lava eruption,’ Álvarez-Valero tells Chemistry World. ‘Continuous monitoring of helium-3 around submarine volcanoes could help to constrain the arrival time of a submarine eruption.’

‘I think this is an interesting study, particularly if these corals prove to be reliable archives of noble gas excursions,’ says Dan Sinclair, a geochemist at the Victoria University of Wellington, New Zealand, who was not involved in this study. He notes black corals include some of the longest-lived organisms on the planet, capable of living for over 4500 years. ‘If it proves possible to extract a history of submarine volcanism from noble gas variations in these corals, then that would be quite something!’

Sinclair is cautious, however, about the conclusion that the noble gas emissions occurred before the pre-eruptive quake activity at Tagoro. ‘One of the big unknowns about the deep ocean dwelling corals is their growth rates, which can vary over a wide range,’ he explains. ‘Unfortunately, the authors don’t directly measure growth rates in their specimens, and the method they use to infer growth rates would be too inaccurate to show that the helium-3 enrichment occurred prior to the onset of seismic activity.’