Croatia to slim down funding for science journals

The Croatian government has said it will fund only the best journals, leaving some facing an uncertain future

Science journals in Croatia face an uncertain future, with their main funder, the science ministry, announcing changes that will see only the best journals funded.

The next round of funding is expected to open at the end of March, but the criteria for funding will be tougher. This means that ’not all journals will get financial support’ the ministry said in a statement last month. 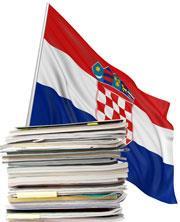 The changes have been advocated by many in the scientific community who say that blanket funding does not reward excellence and leaves too little money to properly fund top journals. But others fear that the changes will see many journals close, to the detriment of the country’s struggling science base.

Most journals in Croatia - over 200 of them, 57 of which are science journals - are funded by the government, mainly through the Ministry of Science, Education and Sport (MZOS), and some get extra funds from the relevant ministries in the fields they publish in.

But funding has been on a downward spiral, from HRK15 million (?1.6 million) in 2007 to almost half that in 2011, which has put pressure on many journal’s budgets.

’The financing situation has substantially worsened,’ says Danko Skare, editor of Chemistry in Industry (KUI) and publisher of Chemical and Biochemical Engineering Quarterly. He says KUI has had its funding cut by 85% since 2009.

Government funding has been crucial for nurturing the journals, says Ana Marusic, editor emeritus of the Croatian Medical Journal (CMJ) and former head of the ministry’s committee on publishing. Her 2008 paper in Scientometrics showed that Croatia has around twice as many journals per scientist listed in academic citation databases Web of Science and Scopus, compared with neighbouring countries - even larger and more developed nations such as Hungary and Italy1. The total number of Croatian journals listed in Web of Science is around 70, she says.

’That’s an enviable number, which reflects their quality,’ she says. ’While some journals don’t work to international standards, there are many that take their work seriously.’ However, Marusic says the criteria currently used to rank the journals include number of pages and articles published, which encourages quantity not quality. Skare agrees  that current criteria for financing are lacking, for example, they do not consider how often the journal is published or whether it has an online version.

But others say domestic journals are mainly used to publish low quality research aimed only at box ticking to progress academic careers. Only around 16% of papers in science, technology and medicine are published in domestic journals, probably those rejected by higher impact international journals2. And most journals do not have clear guidelines to avoid conflict of interest in a small community where editors often publish in their own journals3.

Bojan Polic, vice-dean for scientific affairs in the faculty of medicine at the University of Rijeka, says scientists should be encouraged to publish in better journals, including Croatian ones. ’It’s clear that good journals should be supported,’ he said. But, he added, Croatia only has a handful of good journals with a reputation abroad, such as the Croatian Medical Journal  and Acta Croatica Chemica.’

Others have suggested merging several weaker journals in a field to create a single stronger journal. According to Igor Catic, a former member of MZOS’s publishing committee and the international editor of Polimeri: Plastics and Rubber Journal, the number of journals could be reduced by publishing a single, professional monthly title for each field, instead of four quarterly ones, as is now often the case.

Matko Marusic, a founder of CMJ and professor of anatomy at the University of Split, says any funding cuts should not be rushed: rather, there should be a ’grace period’ of a few years which will allow journals to improve their quality before the cuts begin to bite.