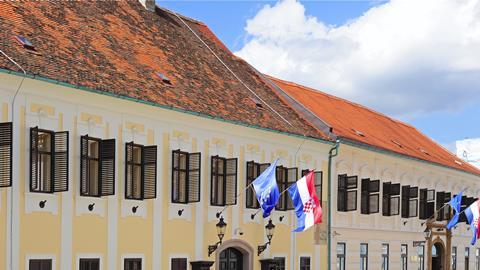 The heads of 10 Croatian research centres of excellence are taking the assistant science minister, Krešo Zadro, to court for blocking access to €50 million (£42 million) of EU structural funds. This EU funding will expire if it is not used by 2020. The current governing coalition collapsed mid-June, but it is still acting as the technical government until the election in September.

‘The centres of excellence don’t have the time to wait for the formation of a new government,’ says Gordan Lauc, head of the centre for personalised health at the faculty of pharmacy and biochemistry, University of Zagreb. ‘Our finances have been delayed for almost a year. We cannot work like this and the centres will collapse. Our best people will go abroad because they cannot wait another six to 12 months for their salaries.’

The science ministry was one of the biggest losers in the 2016 budget: its funds were slashed by €21 million. Croatia already has one of the lowest rates of R&D investment in the EU at only 0.80% of its GDP.

The centres of excellence, 13 in all, were selected from a range of scientific disciplines in 2014–2015 by the National Science Council after evaluation by a large international panel. Ten of these centres from science, technology, engineering and maths were to be allocated €50 million from the European Regional Development Fund. But after a funding delay of up to two years, the heads of the centres announced their lawsuit on 1 July.

‘As far as we can see, the fundamental reason why more than 500 top scientists in Croatia cannot do their jobs is the stubbornness of a single civil servant who abuses his current position and powers and acts with an arbitrariness never before witnessed in Croatian science,’ the centres told the media. They added that, earlier this year, Zadro pressured them to accept only €20 million, so that the rest could be allocated to other research centres that did not pass international evaluation.

Slobodan Vukicevic, from the centre for reproductive and regenerative medicine at the University of Zagreb, sees this as a corrupt attempt to provide preferential treatment to undeserving research centres. When the centres of excellence refused to accept the cut, Zadro allegedly threatened to revoke their status and reevaluate their selection for EU funding. ‘All of a sudden, after we refused, Zadro brought into question the very selection procedure for the centres of excellence,’ says Rozelindra Což-Rakovac, head of the centre for marine bioprospecting at the Ruder Boškovic Institute in Zagreb. ‘He had not voiced any concerns with the procedure until that moment.’

The leaders of the centres of excellence have warned that Zadro’s actions could worsen the already bad situation of Croatian science. They claim that he is favouring mediocrity over excellence.

So far there has been no response from the government and the science ministry did not respond to requests for comment from Chemistry World.

‘The attitude of the ministry so far has been simply despicable,’ says former science deputy minister Saša Zelenika, from the University of Rijeka. They made no attempt to free this money up for the the centres and seemingly disregarded any attempt to reach a compromise with some of Croatia’s best scientists, he adds. Zelenika says the lawsuit is a long shot, however. He hopes that the September elections will bring fresh blood to the science ministry and that they’ll resolve the funding crisis.