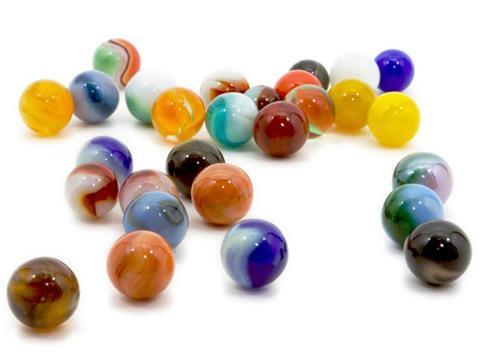 Not all research can be used to solve real world problems. But much that can might be going to waste because the researchers involved aren’t in a position to exploit it. That’s the premise behind an internet start-up that aims to harness the collective brain power of the public to make the connections.

According to the founders of Marblar, three PhD science students, 95–99% of patented research goes unused, and all that research could lead to big money for the owners. Universities are becoming more aware of this untapped potential: in 2010, the University of Glasgow, UK, launched an initiative to give free access to some of its unused patented research.

Their idea is for researchers to post their work online and encourage public discussion to generate ideas for how to use it, with prizes of up to £10,000 for ideas that lead to successful business activity. Anyone, regardless of experience or qualifications, can see the discussion and join in the fun.

To pay for the enterprise, Marblar charges the technology owners a ‘listing fee’ to post their work. Meanwhile, the company is exploring the potential of recruitment to raise money – several companies have already been in contact about hiring the people with the best ideas.

Marblar tested its plan in a pilot study based on DNA click ligation chemistry by molecular biologist Tom Brown at the University of Southampton, UK. Brown had a way of putting together pieces of DNA without enzymes, and the community produced an idea that has resulted in collaboration with another research group, which might yet yield a new start-up. The demonstration was enough to convince investment firm IP Group to buy in, committing up to £370,000 in funding.

Patent experts suggest that ambiguity over the ownership of the ideas produced might lead to legal battles over the more lucrative ones.

But the team is already looking into this issue. ‘Only the tech holder – who owns the underlying intellectual property – would be in a position to pursue commercialisation,’ says chief executive Dan Perez. But he adds that the in each case that holder would probably reach out to the person with the winning idea and involve him or her in future work: ‘This occurred with our beta testing…the inventor and winner ended up meeting for hours in London to discuss who to move the science forward. You’ll find scientists are by their nature very collaborative.’

Marblar joins other start-ups in this area based on so-called crowd-sourcing – outsourcing work to an undefined but very large group of people in an entirely public way.

One of the more established examples is, Article One, which uses an online community to run patent searches. Participants can win financial rewards by finding previously unknown prior art – descriptions of an invention made public before a patent was granted. The idea is to improve the overall quality of patents. Since its launch in 2008, the company has opened over 550 studies and handed out over $2.8 million (£1.8 million) in rewards.