Cutting the cost of climate change

Scientists have welcomed a UN climate change report released on 4 May that sets out a range of affordable options for cutting greenhouse gas emissions. But they warned that governments will need to take action immediately, and that improved technology alone will not do the job. 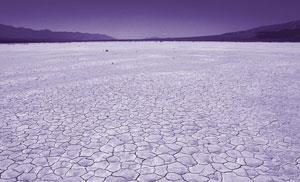 The report, the third this year by the Intergovernmental Panel on Climate Change (IPCC), said that stabilising atmospheric greenhouse gas concentrations below 535 ppm could cost less than 3 per cent of global GDP by 2030. That, in turn, would curb the world’s average temperature rise to about 2?C above today’s levels.

The technology required is available and affordable, though improved government policies around the world are required to help reduce emissions, said Geoff Livermore, of the University of Manchester, UK, who co-authored one of the report’s chapters.

Among the technological fixes, the capture and storage of carbon dioxide from coal-fired power stations and gas rigs is highlighted, as is the development of photovoltaic solar cells, nuclear power, and biofuels. Just as important, however, are improving the energy efficiency of buildings, lighting, and transport, and altering lifestyles to demand less energy.

But geo-engineering options like seeding the atmosphere with particles to block out sunlight, or fertilising oceans with carbon-dioxide-sucking bacteria, remain ’largely speculative and unproven, with the risk of unknown side effects’, said the IPCC.

The report was hardly surprising, noted Dave Reay, National Environment Research Council (Nerc) research fellow at the University of Edinburgh, UK, but it showed the influence of the economic thinking instilled by the Stern report published in November 2006. Pricing carbon as a commodity, for example - whether by taxes or carbon trading schemes - was seen as key to encouraging industry to cut emissions. If a tonne of carbon dioxide (or gas with equivalent effect) cost $50 (?25), then three times as many emissions would likely be prevented by 2030 than if carbon was free, according to one scenario.