Academic chemists are being overwhelmed by the amount of information they both produce and feel they ought to be reading, a report claims 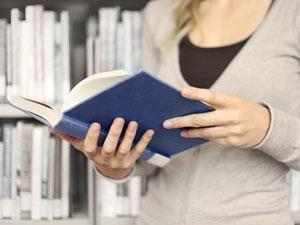 Academic chemists in the UK have a problem with data. That’s the claim made by a report that says that both in terms of managing and sharing data produced by their own laboratories and accessing data produced by others, chemists are all at sea. These conclusions are supported by some academic chemists but disputed by others, perhaps suggesting that the conclusions are more applicable to certain areas of chemistry than others.

Stuart Taylor, a reader in physical chemistry at Cardiff University’s catalysis institute in the UK, says that he agrees with the report’s main findings. In contrast, Ben Davis, professor of organic chemistry at Oxford University, says the findings don’t really chime with his experiences.

The report, Supporting the changing research practices of chemists, was produced by Ithaka S+R, a US research and consulting organisation, for the UK education charity JISC. Based on interviews with 60 academic chemists and associated support professionals, such as librarians, the report investigates how digital technologies have already affected the research activities of UK chemists and advises how better use could be made of them.

The report highlights three main findings. The first is that chemists need more and better support in data management, storage and sharing. According to the report, academic chemists often store laboratory data in out-of-date and unstable formats, such as CDs or DVDs, or in formats that are difficult for others to access and interpret, such as laboratory notebooks.

The report recommends that research institutions should employ specialist staff to provide academic chemists with guidance on data management, storage and sharing. Meanwhile, software developers should develop tools, including ELNs, specially designed to meet the needs of academic chemists and their research teams.

Nevertheless, Tim Bugg, professor of biological chemistry at Warwick University, UK, thinks that data management is probably much more of an issue in some areas of chemistry than others. ‘For organic chemistry, a lot of the data is just spectroscopic data on compounds and I can see that academics wouldn’t see a big need for electronic lab books,’ he says. ‘However, for areas of physical or theoretical chemistry that are much more data-rich, there may be a stronger case.’

The second major finding is that academic chemists often struggle to keep up to date with the relevant literature. Although the interviewees were generally happy with the tools at their disposal for searching journal papers, they still found it difficult to keep up with current research, especially research on the edge of their main area of interest.

The report advises that chemists could do with a customisable alert service to keep them informed about the latest research. Ideally, such a service would cover all relevant journals, as well as patents and conference proceedings. Academic chemists would also benefit from more review articles on the latest research, especially if they contain searchable networked bibliographies and an online service allowing them to learn about the research of other chemists.

A P de Silva, professor of organic chemistry at Queen’s University Belfast, UK, agrees that conferences offer a good way to learn about new research on the edge of your field, but argues that there are already ways to do this online, such as by tracking unfamiliar citations in review papers. For Bugg, however, the big problem is lack of time. ‘We have so many different demands on our time now that the time for non-urgent tasks like literature searching just disappears,’ he says.

The third main finding is that chemists are not very adept at using digital technologies to disseminate their research to a wide audience. According to the report, chemists have been slow to make use of online data repositories and have little interest in open access publishing, with many questioning the need for the general public to access highly technical research papers. Nevertheless, with the UK government and funders increasingly favouring open access, academic chemists will need to consider new approaches to disseminating their research.

To this end, the report recommends that research institutes should establish publishing service centres to advise on all steps in the publication process, from editing manuscripts to reviewing chemists’ obligations under funding agreements. In addition, it recommends establishing research dissemination centres to support all the outputs from research, including commercialisation.

For Davis, though, the big challenge is not in managing data but in analysing it. ‘The devil remains in the detail and the skill is in the sift and innovation,’ he says.