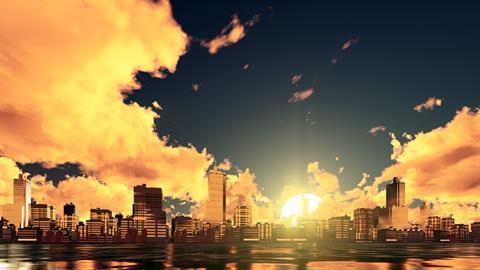 ‘Hydrogen fuel cells are a promising alternative energy conversion technology due to zero greenhouse gas emissions and a high energy output’, explains Hamideh Kanbareh, an expert in functional materials from the University of Bath, UK, who was not involved in this study. Using solar energy to split water into hydrogen and oxygen is an attractive way to generate hydrogen fuel. However, the process suffers from low efficiencies and doesn’t work in the dark, which limits this idea in practice. The largely unexplored area of thermal energy harvesting for hydrogen production could solve these problems.

Now, a team led by Yanmin Jia, of Zhejiang Normal University, and Haitao Huang, of Hong Kong Polytechnic University, have used pyroelectric materials to split water at room temperature. ‘Pyroelectric materials are a type of material that can generate electric charges on two oppositely polarised surfaces under a temperature change,’ explains Jia. ‘Unlike conventional water electrolysis, our technique does not require electric energy. It makes use of the daily temperature variations to produce useful hydrogen’.

The team’s pyroelectric material was made from barium strontium titanate nanoparticles. Jia and Huang noticed that the pyroelectric voltage produced by the material after a temperature change could be as large as several volts so was sufficient for electrolysing water. Jia explains that they used nanoparticles as ‘in theory, nanomaterials with small size and high surface area can speed up electric charge migration between water and the pyroelectric materials, which may increase the efficiency of hydrogen evolution’.

‘This study demonstrates a novel, efficient and eco-friendly material system, which can generate hydrogen,’ comments Hamideh. ‘I find alternative routes for energy scavenging very interesting. Their next step would be to extend the material’s performance to simultaneous oxygen production as well as hydrogen’.