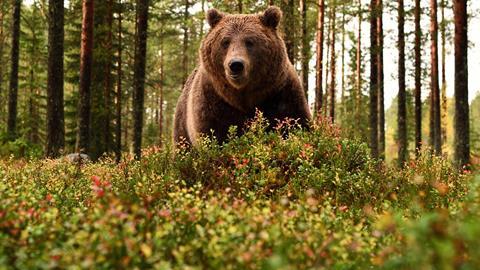 From a 4kg cat to a 4000kg elephant, any animal takes only around 12 seconds to ‘do their business’. This is what a team of US scientists found after thoroughly studying the process of defecation in over 40 animal species. They then developed a theoretical fluid dynamics model that shows how viscosity changes in faecal mucus ease excretion.

Despite being extensively studied from a clinical and medical perspective, the physics of pooing has until now escaped extensive exploration.

Inspired by a slow motion video of a defecating elephant obtained during their previous work on urination, David Hu and his team from Georgia Institute of Technology acquired similar videos of other mammals ranging from dogs to giant pandas. They found that despite obvious differences in animals’ size and diet, defecation time averaged to around 12 (±7) seconds across all of the species they looked at.

The relationship between body mass and defecation time

In order to understand this phenomenon, the team computationally modelled a range of variables, looking at the faeces themselves as well as the environment of the intestine. They found that the muscle contractions in the rectum alone are insufficient to push faeces through the intestine, meaning that another effect must be driving excretion. As Hu explains, ‘the rate of defecation is determined by the mucus in the intestinal wall, instead of the properties of the faeces’.

This mucus lining becomes more viscous when under strain, a process known as shear thinning. This allows the solid faeces to move easily through the body. The larger the animal, the more mucus is present, ensuring the process of pooing is low effort regardless of size and shape. Hu’s team also modelled diarrhoea (too much mucus) and constipation (too little mucus) and found that there were clear differences in defecation time. This could help diagnose digestive issues.

‘Rigorous investigations into the fundamental mechanics of understudied biological processes, like pooping, are much needed,’ explains Megan Leftwich from George Washington University, US, an expert in applying fluid dynamics of natural systems to engineering problems. ‘This work shows us just how universal the defecation process is, and can lead to insight into treating digestive problems.’

Hu emphasises this point, highlighting how the research has already been applied to develop a nappy for the NASA Space Poop Challenge earlier this year.