Detecting brain damage before it happens

An NMR technique under development in the UK could help the victims of stroke by detecting brain damage early enough to provide treatment. 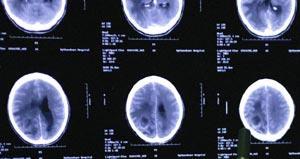 Gareth Morris at the University of Manchester and Risto Kauppinen, from the school of sport and exercise sciences, University of Birmingham, have been awarded ?1 million by the Engineering and physical sciences research council (EPSRC) for three NMR machines to measure pH changes in brain tissue.

In stroke victims, parts of the brain are starved of oxygen and glucose. This causes metabolic changes and a lower than normal pH. The acidic environment damages the brain, but the pH changes provide a useful biomarker to determine the extent of tissue damage. If the pH changes, signalling future damage, were detected early enough, tissue could be saved. ’Current techniques often only enable one to see damage once it is too late to intervene,’ said Morris.

Morris and Kauppinen’s NMR technique measures the rate at which hydrogen ions are exchanged between water and proteins in soft brain tissue that is currently difficult to probe. They hope to use the technique in clinical magnetic resonance imaging (MRI) machines, to chart pH changes in the brain.

Pete Thelwall, an MRI expert at the University of Newcastle’s magnetic resonance centre, is impressed by the project. ’Measuring pH with MRI would have the clear advantage of using a non-invasive imaging technique - no ionising radiation, no injections, fast and very safe,’ said Thelwall. Katharine Sanderson