Drug cocktails greater than the sum of their parts

Canadian scientists have shown that combining an antibiotic that is past its prime with other drugs can give it a new lease of life. Pharmaceutical companies could use the systematic surveying technique employed to produce combinations of off-patent drugs that could tackle antibiotic-resistant bacteria. These drug combinations can also be patented - provided the mixture of drugs is non-obvious.

As bacteria become resistant to commonly used antibiotics, doctors often prescribe a combination of two antibiotics to ensure an infection is completely eradicated. Some bioactive, non-antibiotic drugs are known to work well with particular antibiotics, but most have been discovered serendipitously, not systematically.

A team led by Gerry Wright and Eric Brown at McMaster University, Canada, has performed one of the first systematic surveys of off-patent bioactive drugs combined with antibiotics to treat bacterial infections. The team screened a sub-therapeutic dose of the antibiotic minocycline with over 1000 bioactive compounds, with startling results. 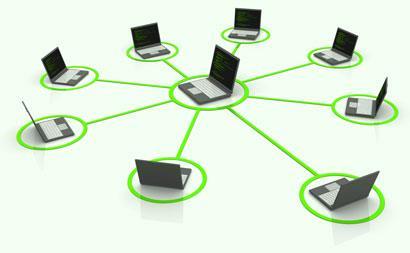 Just like the internet, bacteria are hard to kill by cutting just a single pathway

They found that a small dose of minocycline alongside loperamide, a well-known anti-diarrhoeal drug, killed eight species of bacteria. They also found other potent combinations, which killed related bacteria or just a single species.

Wright says that this work is commercially interesting as novel or non-obvious drug combinations can be patented. Little drug development should be needed, he adds, so these combinations could be used in the near future to treat stubborn infections.

The emerging area of systems biology will offer new ways to counteract antibiotic resistance, Wright says. ’Cellular pathways are not an unlinked set of railway tracks,’ he says. ’They are more like the internet with lots of interconnections, so you can’t shut them down just by hitting one point in the pathway; that would be like trying to shut down the internet from your home computer.’ He adds that combinations of drug treatments will attack the microorganism at several points simultaneously, reducing the risk of resistance. Bioactive non-antibiotic drugs may affect any point in bacterial cell processes and may aid antibiotic transfer into the cell.

Esa-Matti Lilius, an antimicrobial immune response researcher at the University of Turku, Finland, has eagerly anticipated such a systematic study. However, he points out: ’You have to be sure that the drugs go to the right place in the body to be active together; drugs may function well together in the laboratory, but in a patient this is a different matter.’ Animal tests by the authors are promising, he adds, and clinical trials should be the next step.