The mood has dropped with the economic outlook

For chemical companies, particularly those in the developed world, 2011 started with some optimism about the prospect of faster growth as demand fully recovered from recession. But that mood gradually changed as the world economy deteriorated in response to the threat of financial disaster in Europe. So, by the end of the year, chemical producers were facing the dilemma of how to deal with the effects of possible economic turmoil.

However, in meeting this challenge, many international chemical companies have put themselves in their strongest financial position for some years. They are certainly better prepared for a sharp drop in demand than they were before the financial crisis of 2008.

’It is going to be a very tough 2012 for the chemicals sector with a likely sharp decline in demand and probably in prices as well,’ says Paul Hodges, chairman of the London-based consultancy International eChem. ’But most of the bigger chemical companies have been ensuring their balance sheets are in a good state,’ he continues. ’Their response to the recession has been to store up cash so that they will be able to handle a squeeze on credit.’

Also, in contrast to 2008, chemical companies, particularly in Europe and North America, have been careful to keep down their inventories - their stock piles of chemicals - so that they are not left with a lot of unsold stock when demand decreases.

’Inventories are relatively well balanced in the US chemicals sector,’ says Kevin Swift, chief economist at the American Chemistry Council, which represents US chemical producers. ’Also, many supply chains inventories in the country are now at relatively low levels. If there is a downturn, industry should not be as badly hit as in previous crises.’

The international chemical companies with plants in the Asia Pacific and other emerging regional markets will be the most resilient in tackling worsening economic conditions. ’They have been showing good sales and profits during the first nine months of this year because they have been able to benefit from the high growth in Asia and other fast expanding markets,’ says Amit Sharda, chemicals analyst at Oxford Economics in the UK.

Dow Chemical recorded a 17% rise in sales in the third quarter, while earnings before tax increased by 53%. In the first nine months of the year, sales were up 15% and pre-tax profit 51%. ’Our investments in emerging regions enabled us to capitalise on growth where it is happening most rapidly,’ said Andrew Liveris, Dow’s chairman and chief executive, when the results were released. 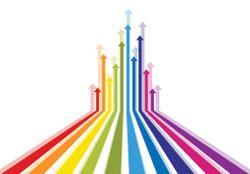 DuPont’s sales went up by 32% and pre-tax income by 72% in the third quarter while over the nine months sales increased by 22% and profit by 11%. The company is expecting 20% sales growth in the Asia Pacific region this year.

BASF, the world’s largest chemicals company by most measures, is expecting sales and earnings for 2011 to ’significantly exceed’ those of 2010 after announcing a 17% increase in sales and 9.5% in operating profit in the first nine months of 2011.

However, the high sales and profit levels of the multinational companies in the third quarter disguised the underlying slowdown in the world’s economy, which has started to be reflected in the regional figures for chemicals output since the middle of the year. An unexpected rise of 3.4% in chemical output in Europe in the first half of 2011 prompted the European Chemical Industry Council (Cefic), representing the region’s chemical producers, to forecast a 4.5% increase for the whole of the year. This contrasted with a predicted increase of 2.5% in late 2010.

But by September, Cefic’s forecasting panel had reverted to its original prediction, a 2.5% increase, because of expectations of a sharp fall in the third quarter in the wake of a slowdown in GDP growth in the EU and a slump in business confidence owing to the sovereign debt debacle in the eurozone.

In November, the European commission warned of the risk of a new recession in the region. It predicted GDP growth of around 1% this year, falling to about 0.5% in 2012.

Even the chemicals boom in China is faltering, particularly in base chemicals, as the Chinese government restricts credit to combat inflation. Oxford Economics warns that growth in output of base chemicals could fall from 20% in 2010 to around 6% this year, well below an expected GDP rise of about 9%.

In the US, growth in chemicals production dropped from around 3% earlier in the year to 1.5% by the autumn, prompting the ACC to revise an earlier growth forecast of over 4% to 3.5% for the whole of 2011.

All hail the shale

’The US is going through a manufacturing renaissance at the moment, which is helping the chemicals sector,’ says Swift. ’We’ve got strong growth in chemicals exports mainly due to decreased feedstock costs following rising output of shale gas. Investment in chemicals is up, as well as employment and productivity in the sector. The rise in chemical jobs reverses a 30 year downward trend.’ 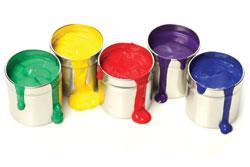 Companies exposed to the consumer chemical market suffered this year

Nonetheless, the US chemical industry realises that a financial catastrophe in Europe triggered by the breakup of the eurozone would have a severe impact across the Atlantic.

’As one of my colleagues said, the US economy is the best looking horse in the glue factory at the moment,’ Swift says. ’Currently, it looks like the US is not going back into recession. But all bets are off if Europe gets into deep financial trouble.’

Even if a double-dip recession is avoided in the developed world, chemical producers in Europe and North America will still have to struggle with the effects of high raw material costs. These were a major influence on demand and margins throughout 2011 and are likely to continue to be well into 2012.

From late 2010 to the spring of this year, a rise of around 50% in the price of crude oil was, ironically, a key factor behind the demand for chemicals in early 2011, particularly for petrochemicals and their derivatives such as polymers. ’Chemical purchasers bought forward in anticipation that prices would continue to go up,’ says Hodges. ’This gave an appearance of rising real demand, when in fact consumers had stopped buying many products because they had to pay out more for higher priced fuels and energy.’

Commodity-based chemical businesses tended to perform best during the year. During the first nine months of 2011, BASF’s petrochemical sales rose by 19% and performance plastics by 20%, mainly due to price increases.

Those companies with businesses close to the consumers, like decorative paints, in which there was little room to pass on higher raw material costs, did less well financially. AkzoNobel, the global leader in decorative paints, reported a 12% drop in EBITDA (earnings before interest, tax, depreciation and amortisation) in the third quarter on a sales rise of 5%. Over nine months, EBITDA fell 6% against a sales increase of 8%.

’It is unusual to have a slowdown in the economy with high or rising raw material prices,’ says Alan Eastwood, economic adviser to the UK Chemical Industries Association. ’Commodity chemical producers have been restructuring and reducing inefficiencies by closing uneconomical plants, which has cut supplies of some raw materials.’

One material with which supplies have got out of line with demand has been the white pigment titanium dioxide (TiO2), whose prices have risen by around 50% over the last 18 months.

The TiO2-producing performance chemicals segment of DuPont, which is one of the world’s biggest TiO2 suppliers, increased sales by 28% in the third quarter, mainly due to higher prices for the pigment. In the first nine months of the year, pre-tax profits of the segment almost doubled.

AkzoNobel has decided to move upstream into TiO2 production through a partnership with Guangxi CAVA Titanium Industry to build a 100,000 tonne per year TiO2 plant in China. One third of the output will be allocated to AkzoNobel, which the company claims will give it easier access and make it more competitive.

With many chemical companies now holding large cash reserves, there was a relatively high level of mergers and acquisitions (M&A) activity in chemicals during the year, despite the economic conditions.

’There was more activity in the first half than there has been in the second half, but on the whole 2011 has been a strong year for M&As in chemicals,’ says Ariel Levin, a partner in the Valence Group, a chemicals consultancy. ’Cash rich chemical companies are using acquisitions and divestments to restructure their portfolios, strengthen their leadership positions and gain greater presence in growth areas.’ Among the large acquisitions of the year were DuPont’s $9 billion (?5.7 billion) takeover of the food ingredients maker Danisco, China National Chemical Group’s purchase of Israeli agrichemicals producer Makhteshim Agan Group and Berkshire Hathaway’s acquisition of Lubrizol.

Meanwhile, initial public offerings (IPOs) were postponed because of the state of the financial markets. Evonik, a German speciality chemical producer, has held back what would have been one of the biggest chemicals IPOs for many years. Similarly, HC Starck, a German electronic chemicals maker that was formerly part of Bayer, has put aside a planned IPO.

In Europe at least, chemical companies are not currently expecting a return to more normal economic conditions until 2013 at the earliest. After a promising start, 2011 ended amidst a great deal of uncertainty.

A chemical regulation comes of age

For the European chemical industry, 2010 was all about registration under the Reach regulation, the focus of our roundup