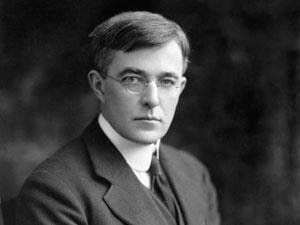 Scientists have for the first time directly observed the elusive transient precursor state of a molecule just before it desorbs from a solid surface and enters the gas phase. The work opens the way to the direct, real-time observation of bond breaking and formation at surfaces, and could have implications for improving our understanding of the molecular mechanisms underlying industrially important catalytic transformations.

For nearly a century scientists have postulated that a gas molecule enters some kind of intermediate state before it adsorbs onto or desorbs from a surface – something that was first proposed by Nobel laureate Irving Langmuir in the 1930s. But until now this precursor state had not been directly seen.

Now, a team of some 24 researchers including experimentalists, modellers and theoreticians, led by Anders Nilsson at the SLAC National Accelerator Laboratory in Stanford, US, has successfully spotted the precursor state of carbon monoxide before it breaks free from a ruthenium surface.

The researchers adsorbed CO onto a ruthenium substrate and then fired a high-energy femtosecond optical pulse at the surface, causing rapid localised heating which caused desorption of the CO. As this happens, a second high-energy pulse, this time from a free-electron x-ray laser, is trained onto the gas at that point. This pulse can probe the distribution of electrons within the CO molecule as it desorbs. Three distinct patterns are observed: the adsorbed state, the desorbed state and, in between these two, a precursor state.

‘In the precursor state the molecules remain loosely associated with the surface, but associated nonetheless,’ says team member Lars Pettersson of Stockholm University in Sweden. ‘We say that it resembles a two-dimensional gas.’ The precursor state of CO persisted for a surprisingly long time – tens of picoseconds.

Pettersson adds: ‘Not only have we directly seen something that in the past we were only able to hypothesise, but there are many important heterogeneous catalytic reactions and transformations where, until now, we have only been able to speculate about the way the reaction proceeds. We are now in a position to directly measure these transformations, which opens the way to many new experiments.’

Commenting on the study, Philipp Kukura, who researches high-speed atomic phenomena at the University of Oxford in the UK, says that the techniques that the Nilsson team has demonstrated ‘will provide exciting new insights into the fastest processes taking place on surfaces’. Kukura adds: ‘ This work represents a first glimpse of another possibly ground-breaking application of free-electron lasers and points towards an exciting future that may open up with even shorter pulse durations and brighter sources for studies of atomic dynamics in real-time.’