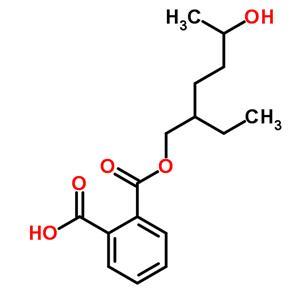 Fifteen chemicals that disrupt our endocrine hormonal systems have been linked to earlier menopause among US women. Amber Cooper from Washington University in St Louis, US, and colleagues found women aged 45 to 55 exposed to the organic compounds were up to six times more likely to be menopausal than unexposed peers.

The substances include long-banned but persistent polychlorinated biphenyls (PCBs) and pesticide residues. However, two derive from a shorter-lived phthalate plasticiser, which makes polymer products more pliable and is still in use. ‘Higher everyday exposure levels were associated with menopause coming, on average, two to four years earlier,’ says Cooper. ‘Smoking is thought to be associated with menopause coming one to one and a half years earlier, so it’s a pretty significant association – but this is not a study that can prove causation.’

The researchers exploited data collected by the National Health and Nutrition Examination Survey (NHANES) from people across the US from 1999-2008, including women’s age at their last menstrual cycle. Cooper’s team could therefore consider hundreds of menopausal women in whom NHANES scientists had measured at least one potential endocrine disruptor chemical (EDC) by gas or liquid chromatography-mass spectroscopy.

Cooper’s team focused on 28 long-lived chemicals and 12 phthalates thought to harm reproduction. They first hunted for differences between average menopausal age among women whose blood or urine had concentrations in the highest 10% recorded and those with lower concentrations. Two further ‘dose-response’ analyses tracked EDC concentration’s effect on menopausal age across the whole group. Fifteen EDCs had a statistically significant effect in at least one of these three measures. Finally, comparing all women aged 45-55 with exposure data – bracketing the average US woman’s menopausal age at 51 – gave odds of being menopausal as EDC levels increased.

Jessica Tyrrell from the University of Exeter, UK, who previously found an income-chemical exposure link in NHANES data, notes that the many similar associations support the study’s validity. ‘It is definitely interesting, but would certainly need replicating,’ she adds. Cooper agrees. ‘The most important thing this study can do is promote future research to tease out true causative effects,’ she says.