A draft of China's long-awaited energy law paves the way for market pricing of energy, and an energy ministry

A draft of China’s long-awaited energy law paves the way for market pricing of energy, and an energy ministry.

The draft law was published on 3 December by the Energy Steering Committee of the State Council, and is now open for public consultation. 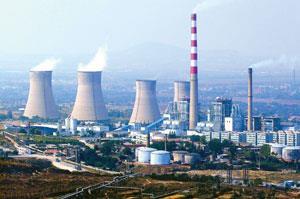 Further revisions may take at least one year, but ’the draft law has defined the basic management principle for energy’, said Deng Haifeng, a researcher of Center for Environmental, Natural Resources & Energy Law of Beijing-based Tsinghua University.

Most striking among the draft law’s 140 articles are the ones that outline market pricing principles and the provision for diversified investments in the energy sector, although it also states that market pricing will be supplemented by a government guide.

The need for market pricing is common sense, Deng told Chemistry World, ’but this does not mean China’s energy price will immediately be deregulated.’

He added that due to the strong demand and a current energy shortage, a totally free market pricing of energies could drive the price higher than the Chinese economy and society can bear.

Zhu Sihai, an economist with China Center for Energy Economics Research at Fujian Province-based Xiamen University, agreed, saying that introducing free pricing too early could mean the existing monopoly companies - the State-owned enterprises (SOEs) - will harvest enormous profits because they can easily manipulate the market price.

Market pricing is a longer-term goal, he added, which will be realised with the development of more diversified investors; a strong regulatory framework; and a subsidy system for the poor.

Zhu says that previous government reforms have gone too far in cutting the government power to regulate energy. For example, the energy regulator has been downgraded from a ministry in late 1980s to a bureau under the National Development and Reform Commission (NDRC).

Zhu says that the stipulation in the draft to establish an energy governing body implies that an energy ministry will soon be launched (see Chemistry World: China, November 2007, pC1).

But he points out that a major deficiency in the energy law is the lack of articles on carbon emission reduction, which could possibly become an obligation for China in the future.

’I think for a basic law for energy sectors, this duty cannot be ignored,’ he said.