Academics are concerned that ?61m research grant cuts through to 2015 at the Engineering and Physical Sciences Research Council (EPSRC), changes in how students are funded and more centralised control will threaten careers.

Chemists have warned that the latest plans from the EPSRC, the UK’s key source of chemistry research funding, will see it seize greater control of scientific strategy. One key change, published as part of the government’s funding plans for science and research through to 2015 on 20 December 2010, is the EPSRC’s seemingly innocuous role reclassification from ’funder’ to ’sponsor’.

’We will be taking a more proactive role in shaping research, ensuring that funding is viewed as a strategic investment, not as a transfer of funds without obligation,’ the EPSRC’s Victoria McGuire told Chemistry World. Tom Welton, head of chemistry at Imperial College London, UK, explained that this gives the EPSRC more power to decide overall research objectives. ’They are suggesting that they will be able to commission research, as opposed to provide the administration of the funding mechanism,’ he says. ’It isn’t some minor technical point, it’s actually a huge change.’

The EPSRC’s plans also cut research grant expenditure by ?61 million to ?372 million between 2010-2011 and 2014-2015. Additionally, it will stop accepting grant proposals including funding for research project students on 31 January, supporting them instead exclusively through Centres for Doctoral Training and Doctoral Training Grants. However, this shift provides just a ?13 million rise in funding for studentships through to 2015 to offset the research grant decline. 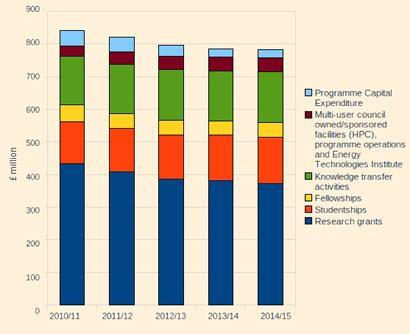 EPSRC’s capital expenditure will drop by ?25 million and its research grant funding will fall by ?61 million through to 2015, while its studentship budget will increase just ?13 million

Mike Ward, head of chemistry at the University of Sheffield, UK, warned that cutting grant funding could increase disparities between universities, depending on their particular capabilities and specialisations. ’The issue isn’t just the reduced budget on its own, the issue is the way in which it’s allocated, which is going to be more and more according to specific priorities,’ he says. Ward suggests that the funding plans could endanger some scientists’ careers. ’Not everyone’s research is automatically aligned with EPSRC priorities,’ he explained. ’The EPSRC and the government change their priorities on a fairly regular basis, but people’s expertise is built up over decades. You can’t just jump into a new area.’

These cuts come even though the government ’ring-fenced’ annual research funding at ?4.6 billion through to 2014-2015. However, within this the Science and Technology Facilities Council (STFC) subscription budget for international facilities like the Large Hadron Collider will increase ?54 million by 2014-2015, to account for ’exchange rate fluctuations’. The STFC’s budget for cross-council facilities will also increase ?23 million over this period, and the Medical Research Council’s budget will grow by ?29 million. 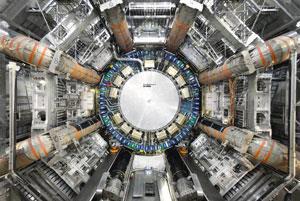 All other research council budgets will shrink by 3 per cent to accommodate these rises. The EPSRC’s cuts to its research grants will compensate both this loss of funding and a decrease in income from other sources. McGuire says that as a consequence the EPSRC will encourage equipment sharing and, while studentships remain a priority, its focus will be on the quality rather than the quantity of PhDs. ’It is difficult for us to predict the exact reduction in studentship numbers,’ she added.