The UK’s principal chemistry funding body is pressing ahead with its controversial ’shaping capability’ strategy. This is despite anger over the way the Engineering and Physical Sciences Research Council (EPSRC) has said it will decide which areas to prioritise in the physical sciences.

This follows a call from physical science societies in September, including the RSC, for a pause in the shaping capabilities strategy to consult more widely. EPSRC says that it is sticking to its strategy but will consult further with learned societies. Since then the RSC has submitted further evidence, principally calling for greater transparency in decision-making and improved communication with the community. 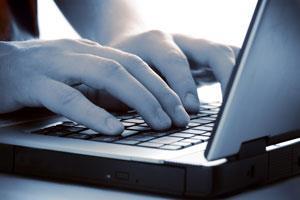 The shaping capability strategy is the council’s attempt to direct research funding to specific areas that it has identified as being of ’national importance’. This includes areas that are of particular commercial interest, such as graphene. Critics have said that the strategy fails to take into account the serendipitous nature of scientific discovery and could kill promising fields that might have enormous societal benefits.

The EPSRC has also just released new peer review guidelines that will require researchers to identify the national importance of their proposed work. This new criterion will ask them to predict how important this work will be to the UK over a 10-50 year timeframe. A council spokesperson said: ’Including evidence of national importance as well as excellence in applications has been common practice in the past and researchers are used to providing it.’

However, Paul Clarke, a chemist at the University of York, who has been a vocal critic of the EPSRC’s shaping capability strategy, says: ’If the EPSRC is going to issue us all with crystal balls we’d be happy to oblige. This is sheer lunacy. It shows that the people at the EPSRC have no idea how scientific research works. They are completely out of touch with whole scientific research process.’ He points out that the structure of DNA was uncovered in the 1950s and Watson and Crick could never have predicted the current genomics revolution.

The EPSRC’s decision follows the town hall meeting at the end of September, which gave researchers the chance to air the views and the council an opportunity to address the complaints of its critics.

Peter Scott, a chemist at the University of Warwick, says that there was ’robust discussion’ at the meeting, but that generally speaking the atmosphere was good. ’The thing that’s making people angry is that the decisions being made make no sense to them,’ he says. ’It’s not just about whether anyone’s been consulted.’

Nevertheless, Ray Elliott, chair of the RSC’s science, education and industry board, says that the meeting went some way to assuaging concerns in the community about the process. ’Given the need for cuts, they have done a difficult job well,’ he adds.  Elliott says that greater leadership is needed across the chemistry community and hopes that the RSC’s Chemistry Landscape programme can address this.

Varinder Aggarwal, senior EPSRC research fellow at the University of Bristol, says that they did a good job of explaining how they went about developing shaping capability, but there was little on specifics, such as why synthetic organic chemistry is being targeted for cuts. The size of the portfolio (?44 million) was cited as one of the reasons for cutting it but he was concerned that only 20-25 per cent of this total - in his opinion - was actually going to synthetic organic chemistry as he understands the term. He identified supramolecular chemistry, high pressure chemistry and public outreach projects in the portfolio. ’Will all these grants be cut?’ he asks. ’If so the community needs to be informed of the EPSRC’s definition of synthetic organic chemistry.’

The EPSRC has told the RSC that the number of pure synthetic organic chemistry proposals has fallen so cuts to this area may not be as damaging as some have predicted.

Frustration with the council is still widespread in the chemistry community for several other unresolved reasons. When the grant approval rates were released in September the EPSRC hailed them as a vindication of its policies. Approvals were up 10 percentage points on 2008-2009 and six points on 2009-2010 to 36 per cent. The council has bucked the current trend of falling approval rates among UK research councils; however, some scientists described the approval rates as ’a sham’ and a ’total artefact’.

The EPSRC says that its success in boosting approval rates can be attributed to the ’cooling off’ periods it has been handing out to repeatedly unsuccessful applicants. Cooling off periods are given to an investigator if, over a two year period, they have three or more grants rejected or ranked in the bottom half of the pile, and the success rate of their grants drops below 25 per cent. A researcher on the receiving end of a 1 year cooling off period can only submit one grant application that year.

In defiance of this, researchers tell Chemistry World that the success rates have been inflated by the EPSRC policy of ’blacklisting’ scientists, only allowing invited resubmissions and not counting proposals that were screened out at an early stage. There have been warnings that the cooling off policy is making researchers cautious and Pete O’Connor, a professor of analytical chemistry at the University of Warwick, says that the figures appear to bear this out. Two years ago the number of grant proposals submitted was 4334, this fell to 3379 the next year and down to 2568 this year - a drop in submissions of 41 per cent in just two years.

O’Connor, who has been on the receiving end of one of the cooling off periods, says that the EPSRC is stifling creativity in the chemical sciences. He came to the UK from Boston University, US, where he was part of a successful group funded to the tune of $3 million (?1.85 million). When he came to the UK in 2009 he submitted seven or eight grants and the new rules for the cooling off periods came in part way through. He says that part of the problem with any peer review system is that if you are not known to the reviewers then there’s no one to speak up on your behalf. The cooling off policy turns this into a ’double whammy’ restricting the number of grants you can submit. This stacks the cards against outsiders or young, unknown scientists getting funded, he adds.

Meanwhile, some universities are offering greater support to young researchers and new starters to try to ensure they don’t end up ’blacklisted’. Ian Fairlamb, a chemist at York, says that he has helped to formalise support for new starters, with each grant application now read by two colleagues before submission. He’s now putting together a ’Dragon’s Den’ style process where researchers will pitch their idea to colleagues, who will then decide which grant to send on to the EPSRC. Other universities Chemistry World  spoke to hadn’t changed the amount of support they offered staff.