Relying on oil shale as a feedstock will make it difficult to comply with Europe's Reach directive.

The chemical industry in Estonia will struggle to be competitive under the EU’s Reach directive, leading Estonian industrialists said yesterday. 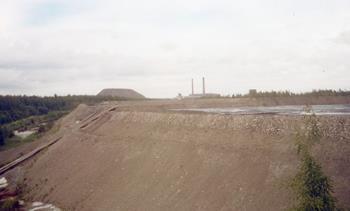 The EU Registration, evaluation and authorisation of chemicals (Reach) directive poses a major challenge for Estonia, said David O’Brock, member of the board of Estonia’s largest chemical company, Viru Keemia Grupp (VKG). ’If Reach goes through as it is today we have to test everything twice,’ O’Brock told industrial organic chemists at the Balticum Organicum Syntheticum meeting, Tallinn, Estonia.

Estonia’s chemical feedstock is oil shale, not commonly used in the EU. So every oil-shale-derived chemical must be tested for safety at the company’s expense, even if the final product is already on the EU’s list of approved chemicals, said O’Brock. The cost of testing has squeezed VKG’s portfolio: ’There are some fine products that we can no longer produce and sell in the EU just because of the testing process,’ he said, ’This has made it really difficult to be competitive.’

Hallar Meybaum, executive director of the Federation of Estonian Chemical Industries, said the chemical industry in Estonia is emerging from the ’difficult times’ after breaking off from the Soviet Union in 1991 and joining the European Union in May 2004. ’To some it’s a surprise that we still have a chemical industry,’ said Meybaum.