The definition of a ’nanomaterial’ by the European Commission has been sharply criticised by both the chemical industry and environmental groups.

The absence of a definition has undermined application of a range of EU rules, particularly the Reach (registration, evaluation, authorisation and restriction of chemicals) regulation and legislation covering cosmetics and foods.

Now, after working for over a year following a demand from the the European Parliament for a ’comprehensive science-based definition’, the Commission has decided that in EU legislation nanomaterials should be identified solely on the basis of the size of the particles of a material, and not on the basis of hazard or risk.

Under the definition, the nanoscale range would be 1-100nm, the same as that currently used by the International Organisation of Standardisation (ISO). 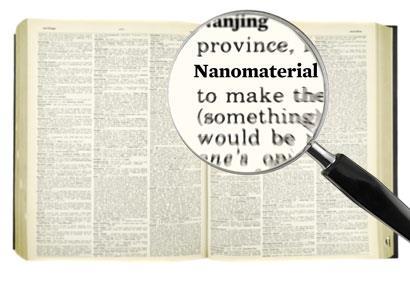 The Commission has recommended a number size distribution threshold of 50 per cent for the proportion of particles within a material that have to be within this range for the material to be considered a nanomaterial. But, for materials associated with environmental or health concerns, a threshold below 50 per cent could be set.

The Scientific Committee on Emerging and Newly Identified Health Risks (SCENIHR), which was mandated to provide scientific input on the definition, had suggested a threshold of 0.15 per cent. Furthermore, in a draft definition produced earlier this year, the Commission proposed a cut-off of 1 percent.

The European Chemical Industry Council (Cefic) claims that the 50 percent cut off would be impractical and lead to higher costs and less efficient use of resources.

’The problem is the metrics for measuring number size distribution,’ said a Cefic spokesperson. ’There are no validated testing methodologies which enable tests to be reproducible and consistent. It will result in materials which have been on the market for a long time, such as pigments, fillers and certain construction materials, being identified as nanomaterials.’

Meanwhile, environmental groups argue that the Commission should have at least adhered to its original proposal of a 1 percent threshold if no the SCENIHR cut-off of 0.15 percent.

’Not only environmental groups but ordinary citizens will be appalled and bewildered how the Commission should have selected a threshold which is over 300 times higher than that proposed by its own scientific committee,’ says Louise Duprez, nanomaterials policy officer at the European Environmental Bureau (EEB). ’This seems to have been purely a political decision which has been influenced by the power of the industrial lobby.’

Nonetheless, most organisations welcomed a definition of any sort. ’It should have an impact on the way Reach is implemented,’ says Vito Buonsante, chemicals lawyer at ClientEarth. ’Carbon nanotubes have, for example, been registered under Reach as a graphite under the current criteria for judging the "sameness" of substances. With this definition this use of sameness should no longer be possible.’