Clothianidin, thiamethoxam and imidacloprid at centre of debate over declining bee populations 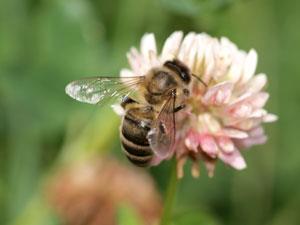 The European Commission has proposed suspending the use of three neonicotinoid pesticides on any agricultural crops that attract bees, populations of which have steadily declined in recent decades.

The two-year suspension would apply across the EU from 1 July. It comes just two weeks after publication of a report from the European Food Safety Authority (EFSA) that identified ‘a number of risks posed to bees’ by three neonicotinoids. Producers Bayer CropScience and Syngenta strongly disputed the findings, with Syngenta claiming the EFSA acted on ‘political pressure to produce a hurried and inadequate risk assessment.’

But European commissioner for health and consumer policy Tonio Borg said it was time for ‘swift and decisive action’ to protect Europe’s bee populations, adding that he was initiating a ‘set of ambitious, but proportionate legislative measures.’

The suspension was generally applauded by environmental groups and scientists who have argued that neonicotinoids have contributed to the decline in bee populations. But pesticide producers, seed companies and farmer groups have staunchly defended the use of neonicotinoids, saying the decline in bee population has been caused by multiple factors and warning that a ban would hurt the EU economy and threaten jobs.

Specifically, the measure would prohibit sale and use of clothianidin, thiamethoxam and imidacloprid on crops attractive to bees, including sunflower, rapeseed, corn and cotton. It would similarly prohibit sale and use of seeds treated with the three pesticides. Exceptions would include crops and seeds that do not attract bees and winter cereals. The Commission will review the ban in two years.

Bayer CropScience expressed disappointment with the ‘draconian proposal’, adding that it would prefer to ‘achieve a fair and proportional solution’. The chemical giant said it ‘shares the concerns surrounding bee health and has been investing heavily in research to minimise the impact of crop protection products on bees.’

The Commission defended the urgency of the proposal by citing the so-called EU precautionary principle, which allows ‘rapid response in the face of a possible danger to human, animal or plant health, or to protect the environment’.

It is scheduled to meet with agricultural groups and industry on 7 February to discuss the proposed suspension, with a final vote expected on 25 February by a committee of experts representing all EU nations.