The world’s largest programme of investment in projects that demonstrate low carbon and renewable energy technology on a commercial scale has been launched by the European Commission (EC), with a call for proposals from companies.

The NER300 initiative will provide some

4.5 billion (?3.8 billion) to fund 50 per cent of the construction and operation costs of eight carbon capture and storage (CCS) projects and at least 34 renewable energy projects. Project sponsors and member states will be expected to provide the other half to bring the total fund to an estimated

9 billion. The initiative is so named because it will be funded from the sale of 300 million CO2 emission allowances in the New Entrants Reserve (NER) of the EU emissions trading system. 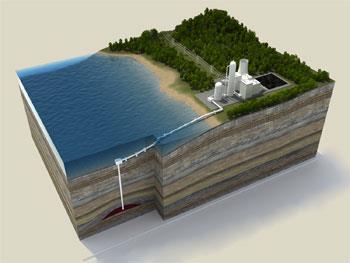 The initiative will provide half the funding for eight CCS project

The eight CCS projects will include pre- and post-combustion technologies; oxy-fuel (burning coal in nearly pure oxygen); saline aquifers for CO2 storage and power stations designed to capture at least 85 per cent of their CO2 emissions. The other 34 projects will include bio-energy, solar power, wind, geothermal and ocean (wave and tidal power and ocean thermal energy conversion) technologies. The aim of the programme is to drive low carbon economic development in Europe, create new jobs in the sector and contribute to the European Union’s (EU) ambitious climate change targets for 2020 and beyond.

’The subsidy will be given on the basis of proven performance and the objective of the particular demonstration plant,’ says Peter Zapfel from the EC in Brussels, meaning that the public sector funding will not be wasted on technology that won’t deliver. ’Over the course of the project, you need to realise 75 per cent of the performance to get the full subsidy,’ he adds.

’Overall this is a lot of money, and energy security in the EU is a very important and worthwhile area to spend the money on,’ says Paul Fennell from the centre for carbon capture and storage at Imperial College London, UK. ’But

4.5 billion spread over 40 projects isn’t going to be a great deal. It will have to be split sensibly over all the projects if the EC is looking to part-fund CCS demonstrations,’ he adds. 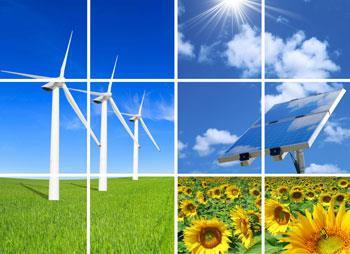 Zapfel explains that the programme will be split into three stages. For the next three months companies and project teams are invited to put forward proposals at a national level. These will then be analysed by the member states for a further three months, and the best proposals submitted to the European Investment Bank (EIB). The EIB will then enter into due diligence evaluations for nine months. ’This is just like any other investment bank checking a project’s viability before investing,’ Zapfel tells Chemistry World.

The EIB will also be responsible for selling the initiative’s 300 million carbon emission allowances. This will determine exactly how much money is available for the EC to share out between the projects, as the

4.5 billion amount is an estimate based on current market prices.

’We should be able to give the first allocations of funding in the second half of 2012,’ says Zapfel. ’But if we get a large number of proposals, it might take a bit longer.’