US keeps a close eye on Chinese food and drug manufacturers

The US Food and Drug Administration (FDA) has set up three Chinese offices so that it can keep a closer eye on food and drug manufacturers exporting to the US. 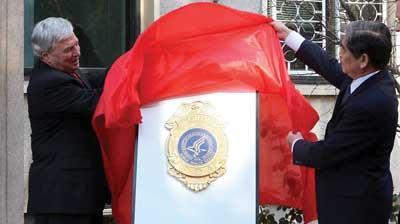 The three offices were set up in Beijing, Shanghai, and Guangzhou in November 2008 and the FDA now intends to work closely with Chinese regulatory agencies to set quality standards and to educate manufacturers and distributors. ’In the past, we have been able to catch products coming through our borders and find those that are unsafe, but the volume of those goods has become so robust that it requires a change in our strategy,’ Mike Leavitt, US secretary of health and human services, told a Beijing news conference. Indeed, statistics from China’s customs office indicate that exports to North America grew by 11.2 per cent to US$189.1 billion between January and September 2008. 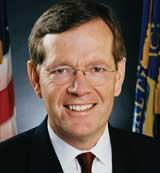 Mike Leavitt, US secretary of health and human services

The FDA first mentioned the idea of setting up Chinese offices in March 2008 when a batch of the blood-thinning drug heparin made with material imported from China was linked to 19 deaths and hundreds of allergic reactions in the US. Then, in September 2008, four babies died and at least 54 000 were hospitalised after consuming Chinese milk contaminated with melamine.

The FDA move has been broadly welcomed by Chinese companies. ’It is definitely good news, helping Chinese active pharmaceutical ingredients (API) exporters to achieve better recognition by the US,’ said Li Kechun, general manager of Chiral Quest, a process development company based in Zhejiang Province.

Meanwhile, Ren Keyong, president of Beijing-based contract research organisation and consulting firm Accelovance, thinks that the improvements in scientific inspection criteria brought by FDA experts could help Chinese pharmaceutical firms to raise standards. Many Chinese scientists and drug developers see the FDA presence as an opportunity to learn the ins and outs of FDA procedure, facilitating clinical trials and new drug applications in the US. Companies will also benefit from FDA plans to train Chinese pharmaceutical firms on Good Manufacturing Process (GMP).

The role of the FDA’s Chinese offices is primarily to ensure the safety of Chinese exports to the US. But Yang Yue, a drug management professor at Shenyang Pharmaceutical University, predicts that the standards the FDA is expected to bring to exporters could also influence domestic drug manufacturers. ’A particular benefit the FDA presence can bring is the idea of risk supervision during pharmaceutical and food production,’ said Yang. ’The FDA inspection could help local regulators to learn to identify the most risky steps in production, reducing overall regulation costs.’

And Zheng Qiang, director of the International Pharmaceutical Engineering Management Centre of Peking University, is certain that the regular dialogue between FDA China offices and Chinese regulators and drug makers will improve understanding on all sides. The Chinese should learn some practically useful inspection methods, while the FDA should improve its understanding of the complicated situation in China so as to set more realistic regulation goals, Zheng told Chemistry World  .

So far it is unclear whether all of the FDA’s inspections will need to be authorised by the Chinese government. In the past, FDA officials have flown in to inspect Chinese API makers exporting to the US, said Zheng. He does not envisage that the FDA will have any problems gaining access to Chinese manufacturers targeting the US market. ’The offices could enable them to do inspections at lower costs and in less time,’ Zheng told Chemistry World  .

China has thousands of drug manufacturers and hundreds of thousands of food producers and there are some concerns about staffing levels in the FDA offices. Working within the US embassy and consulates, the agency will initially have at least eight American employees, in addition to Chinese staff, but insiders say that only four of the FDA staff are qualified inspectors. Leavitt acknowledged that the FDA offices cannot inspect everything, but said that they will promote independent certification to ensure that trusted individuals oversee products entering the US.

China’s State Food and Drug Administration (SFDA) and its governing Ministry of Health say they will also set up similar offices in the US.