Finding a synthetic nanoparticle in a haystack

New analytical approach can detect engineered nanoparticles in the environment 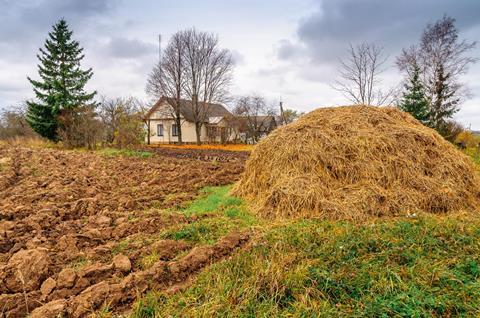 Scientists from Austria and Switzerland have developed a new way to distinguish engineered nanoparticles from naturally occurring nanoscale particles in soil samples. The method works even at concentrations orders of magnitude below natural background levels.

Everyday items, such as cosmetics and textiles, increasingly contain nanoparticles. Concerns regarding nanoparticles’ potential impact on health and the environment mean regulators want to monitor synthetic nanoparticle (for example TiO2, SiO2 and CeO2) levels in the environment. However, samples often contain natural nanoparticles of similar size and composition, often at much higher concentrations. Conventional single-particle inductively coupled plasma mass spectrometry (spICP-MS), where the instrument locks onto one isotope, is unable to tell them apart.

After working in the area for several years, Frank von der Kammer and Thilo Hofmann from the University of Vienna and co-workers have now made a breakthrough based on multi-elemental fingerprinting to explore differences, such as elemental ratio, between engineered and natural nanoparticles. The team tested the concept using an instrument, developed by colleagues at the Swiss Federal Institute of Technology (ETH) in Zurich, that enables single particle analysis on a time-of-flight mass spectrometer (TOFMS). The prototype spICP-TOFMS instrument is so fast, it not only measures all of the different elements simultaneously, it does so for every particle. They then developed a machine-learning algorithm to train the analytical system, using well-defined standards of both types of nanoparticles, to increase the speed and precision of the analysis.

Jorg Feldmann, an expert in analysing trace elements in the environment from the University of Aberdeen, UK, is impressed by the work: ‘This technique is urgently needed by policy makers and regulators.’ He goes on to say: ‘This is the first evidence that high throughput methods that are not based on microscopy can be developed in the future. ICP-TOF-MS is the key for getting there.’

The team hope to develop the technique to discriminate other inorganic engineered nanoparticles (such as TiO2) from their naturally occurring counterparts, in the hope that it will become an indispensable tool for environmental monitoring in support of future regulation.