How and why do deep sea groups of archaea and bacteria make elemental carbon? 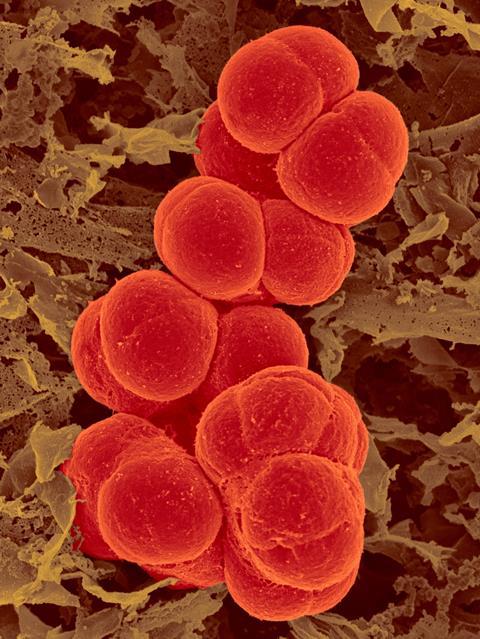 Methanosarcina barkeri, found around deep sea hydrothermal vents, is one of the organisms discovered to produce elemental carbon

Carbon is present in nature in a wide range of oxidation states. Elemental carbon, which has an oxidation state of zero, typically occurs in one of two forms: as highly ordered crystalline state formed under high temperature and pressure such as diamond, and as amorphous black carbon formed by incomplete combustion of biomaterials. There has previously been no evidence, however, that there are biochemical pathways that produce elemental carbon.

Now, researchers have identified two microbial groups – found near hydrothermal vents in the Gulf of California and deep-sea mud volcanoes in the Mediterranean Sea, respectively – that seem to biosynthesise black carbon. Consisting of anaerobic methane-producing archaea and sulfate-reducing bacteria, they produce a black material with characteristics similar to disordered graphite and amorphous carbon. When the team analysed the material by Raman spectroscopy, they found it to be elemental carbon. 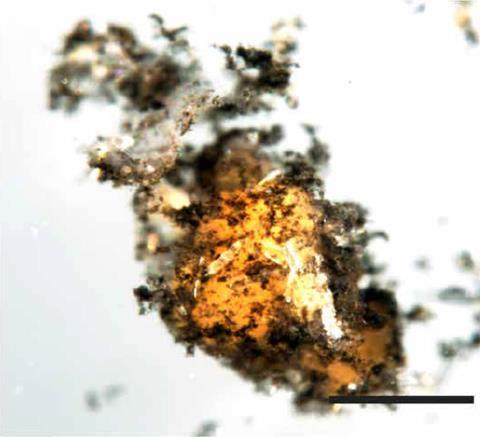 The mysterious black substance found in deep sea microorganism colonies (scale bar 200µm) turned out to be elemental carbon, whereas the amber colour is due to bacterial cytochromes

But the exact mechanism and enzymatic activity involved in producing it remains unclear. The team suggests it may be through a thermodynamically favourable conversion of carbon dioxide and hydrogen into carbon and water.

Why the microorganisms produce elemental carbon also requires further research. Possible answers include that they use it as a scaffolding material during interactions with other organisms or as a means of transferring reductants between symbiotic microbes living within the same group. Alternatively, carbon materials’ electric conductivity could mean that the organisms are using them to facilitate electron transfer processes.