The First European Chemistry Congress was held in Budapest, Hungary, 27-31 August, and brought together about 3,000 chemists from a wide range of scientific fields. It was organised by the European Association for Chemical and Molecular Sciences (EuCheMS). 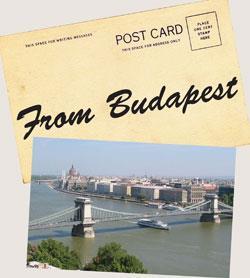 Hungary joined the EU in 2004, and according to Tam?s Balogh of the Hungarian Ministry of Economy and Transport, the country is catching up fast with the rest of its European partners in terms of R&D investment in chemistry. However, it’s still in the bottom third of the league table of the 25 EU nations when ranked by gross R&D expenditure per GDP. The country once provided about three quarters of the pharmaceuticals used across the Soviet bloc, and chemistry is still a key industry there, with roughly 2400 chemical companies turning over 2154 billion Hungarian Forints (?5 billion) a year. That contributes 16 per cent to the country’s industrial output while employing 75,000 people from a nationwide population of 10 million.

The Hungarian Chemical Society is gearing up for its centenary celebration in May 2007. According to the society’s President Alajos K?lm?n, Hungary has about six or seven universities with strong chemistry departments.

Read more dispatches from the conference at the Chemistry World  blog.