US educationists urge 'Don't do it the way we did'.

A controversial new scheme for vetting foreign postgraduate students wishing to study in the UK has been slammed as ’absolutely unnecessary, completely over-the-top and counter-productive’ by a leading MP. And US educationists have warned the UK: ’Don’t do it the way we did’.

The new system, putatively entitled the Academic Technology Approval Scheme, is expected to replace the current procedure whereby universities voluntarily alert the Foreign Office if they receive applications from postgraduates from a list of ten ’countries of concern’ to study particular subjects in the UK. The voluntary scheme has been in place since 1994 and was established to prevent the transfer of knowledge and skills that could potentially be used in the development of weapons of mass destruction. However it was widely regarded as being unsatisfactory, given the patchy nature of its implementation and the fact that those institutions that chose not to participate were perceived as having a competitive advantage for overseas student recruitment over those that did.

Foreign Office officials say that the new scheme, which has not yet been formally announced, will require all non-EU postgraduates applying to study subjects such as chemistry, microbiology and physics, to provide a range of details which will be assessed. It is thought that the system will be officially launched within the next few months.

But Ian Gibson, a respected MP, former chairman of the House of Commons select committee on science and technology and a former academic researcher, said that the proposals were ’absolutely unnecessary’. Gibson told Chemistry World, ’It’s over the top. It is a system that would be difficult to operate effectively and it is likely that such vetting would turn students away from coming here. They would feel that we are an oppressive country where foreign students are viewed with suspicion. There is no need for any such vetting. It is absolutely unnecessary and likely to be counter-productive.’

Tony Ashmore, registrar of the Royal Society of Chemistry, said, ’Foreign students are extremely important to the global competitiveness of UK higher education and we must remain open to students and academics from around the world. However, there is a security issue that needs to be balanced against important economic considerations. It really depends on how the Foreign Office implements the new system. If the vetting is restricted to a small number of countries that attract relatively few students, then the impact might be quite small. But if the scheme catches large numbers of students indiscriminately it could put people off coming to this country.’

One organiser of postgraduate courses in nuclear engineering said that he was not unduly worried about the new proposals given that his institution had followed the voluntary guidelines closely and as a result felt at a potential disadvantage to those who did not. A mandatory system would create a more level playing field, he said. However, he was not ’entirely confident’ that the system would function rapidly and efficiently, nor that Foreign Office officials would be able to assess what science was sensitive and what was not. 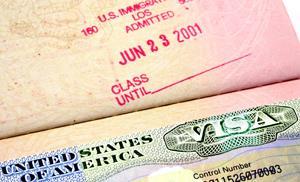 Will the UK learn from US mistakes?

NAFSA: Association of International Educators, an organisation based in Washington, DC, that brokers academic exchanges, warned the UK: ’Don’t do it the way we did it over here’. Security vetting of academics and students increased 20-fold following 9/11, overwhelming the system and resulting in effective meltdown. ’After 9/11 we got into a political situation where you had to scrutinise everyone so that you could not be accused of not having scrutinised someone,’ Johnson told Chemistry World. ’Suddenly vetting jumped from 1000 cases a year to 20 000. The whole thing just broke down.’

Any vetting system, Johnson said, must involve scientists in the decision-making process. ’It is crucial that any scheme is insulated from politics. For the UK, anything you can do to institutionalise the involvement of the scientific community in defining which science is of concern will be helpful to you.’

Since 2003, the situation in the US has eased somewhat, Johnson said, and although large numbers of applications are still vetted, the process is working much more smoothly than in the past.