While studying the formose reaction under hydrothermal conditions, scientists in Germany may have replicated the formation of the first sugars on prebiotic Earth.

In the formose reaction, formaldehyde undergoes self-condensation to give a mixture of sugars. The precursors are simple compounds so scientists have speculated that the reaction could have played a role in the origin of biomolecules. But, the reaction normally takes place under alkaline conditions in the presence of a catalyst.

Daniel Kopetzki and Markus Antonietti from the Max-Planck-Institute of Colloids and Interfaces in Potsdam carried out the reaction at high temperature and pressure - 200 degrees Celsius and 100 bar - to emulate conditions that would have been present in hydrothermal vents and on prebiotic Earth. They found that the sugars were produced under these conditions, too, without a catalyst or alkaline conditions. 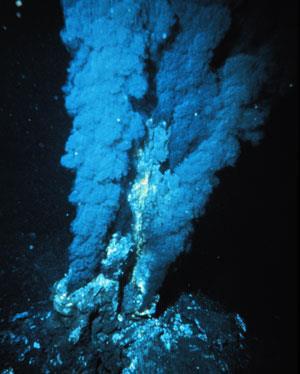 ’The origin of life has been studied for well over a century but if we mean to define it as the emergence of a self-reproducing complex chemistry that is capable of evolving and sustaining itself, it is still utterly unknown,’ says Sandra Pizzarello who studies prebiotic catalysis at Arizona State University, US. ’Darwin was among the first to touch upon the theme and foretold our current working hypothesis - that biological evolution was preceded and may have its roots in abiotic chemical evolution.’

’We do not claim that this reaction did contribute to the formation of the first biomolecules,’ says Kopetzki, ’but the research is of interest, as it is unclear how life emerged and therefore important to explore plausible pathways.’

So far, model systems have not shown the selectivity and specificity of life’s molecules. ’This work reminds us of this again and points out that hydrothermal conditions might not be useful either,’ says Pizzarello.

Kopetzki says that the findings could be applied to green synthesis. ’Water at high temperature is a beneficial solvent. Our experiments have shown that catalysts can be simplified under such conditions,’ he says. ’Saving catalysts by employing high temperature and simple salts adds another sustainable feature.’