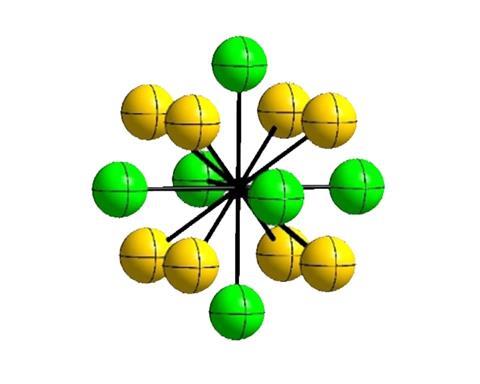 Fifty years after fluorine’s crystal structure was first determined1 – in experiments that involved explosions and midnight liquid helium handling – the element’s structure has finally been given a second look. In the process, a team of German chemists has managed to solve a controversy surrounding the frozen halogen’s crystal symmetry.2

Fluorine is one of the more widely used elements, so inorganic chemist Florian Kraus from Philipps-University Marburg assumed that its structure must have been studied at great length. ‘There are, I think, about 80 or so crystal structure determinations for the various modifications of oxygen,’ he says. ‘But the crystal structure of elemental fluorine has been determined only once, which rather surprised me.’

Maybe it’s because fluorine only crystallises at 54K (−219°C). Or maybe it’s because it’s extremely reactive even at those temperatures. The researchers who recorded fluorine’s first – and until recently only – crystal structure in 1968 had to deal with several explosions as the solid halogen reacted with the copper sample holder.

Now, Kraus and his team have revisited fluorine’s solid structure. While the 1960’s team diffracted x-rays off their sample, Kraus and colleagues used neutrons from a nuclear reactor. Neutrons provide a higher contrast image than x-rays, because they can penetrate the copper container that houses the sample better.

Although Kraus and colleagues confirmed the 1968 study’s findings, including a higher and lower temperature polymorph, ‘the F–F distance is more accurate by about 70%’, Kraus says. This, he points out, helps make theoretical calculations more reliable.

The authors of the 1968 study had suggested two possible crystal symmetries – space groups C2/m and C2/c. Without their knowledge, Nobel prize laureate Linus Pauling had reinterpreted their data in 1970, suggesting C2/c to be much more likely.

With their new measurements, Kraus’ team could finally settle once and for all which of fluorine’s low temperature polymorphs was the correct one. ‘I was curious that if we determined the structure again, we could figure out if a Nobel prize winner was wrong,’ Kraus laughs. And it turns out that Pauling was right. 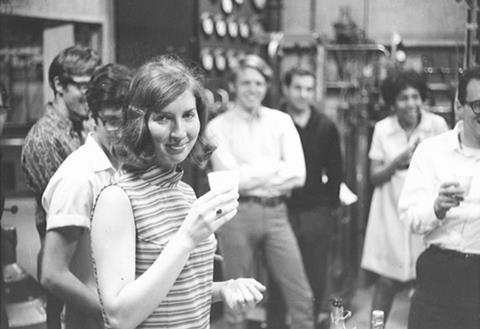 ‘I feel proud of what we did, because we almost got it right,’ says Sandra Greer, co-author of the 1968 paper. ‘Given that we only had 23 data points and much less sophisticated analysis software than they have nowadays.’

Greer, now a physical chemist at the University of Maryland College Park and Mills College, US, fondly remembers a more hands-on approach to structure analysis. This involved a mechanical chart recorder, feeding an enormous mainframe computer with stacks of data cards and a lot of skill to manually interpret diffraction patterns.

‘Nothing was automated,’ she says. ‘Experiments like this would go on for days, and somebody had to come in in the middle of the night and refill the liquid helium [to keep the fluorine frozen]. At that time, I was the lowly graduate student, so that somebody would be me.’

Even today, working with fluorine requires very careful handling. ‘We had to take great care that our copper sample holder is passivated, meaning that it has an inert copper fluoride surface thick enough so that the crystals would not penetrate it,’ says Kraus. ‘Otherwise we would have had an explosion, and having explosions at a nuclear reactor is not so desirable.’