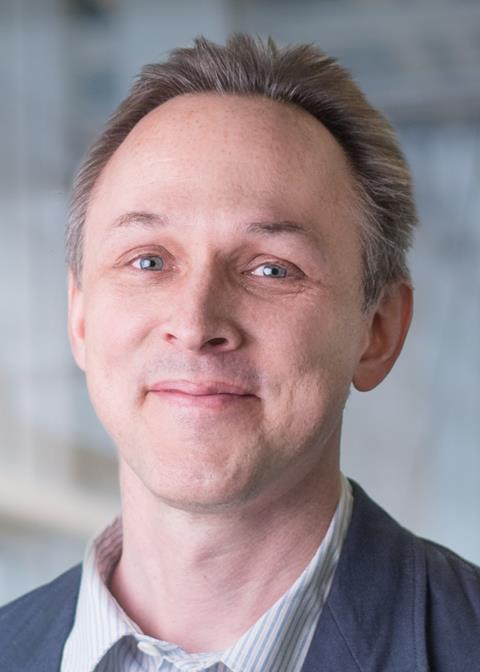 Jeffrey Bode from ETH Zurich in Switzerland has a fitting analogy for why synthetic proteins are a compelling next step for the development of therapeutic molecules. ‘Almost all modern antibiotics have been found or produced in nature, but were then modified with synthetic chemistry to make a better drug,’ he says. ‘In the same way, natural proteins often have fantastic biological activity but limitations in terms of, for example, toxicity. They can be made better and safer by using synthetic chemistry.’

Bode is a co-founder of Bright Peak Therapeutics, a privately held biotechnology company based in San Diego, US, and Basel, Switzerland, that is commercialising fully synthetic proteins for use in cancer immunotherapy and autoimmune diseases.

The company’s most advanced product is a synthetic version of cytokine signalling protein interleukin-2 called BPT-143. It is currently in chemistry, manufacturing and controls (CMC) manufacturing – an integral part of any pharmaceutical product application to the US Food and Drug Administration (FDA), in which the manufacturing process, testing regimes and and product characteristics are developed to ensure they are consistent across batches. ‘As far as we know, no one has brought such a sophisticated synthetic molecule so far along clinical development,’ Bode says.

Producing BPT-143 involves more than 300 chemical steps, plus folding and coating with polyethylene glycol (PEGylation), as well as a photochemical step. It is an unusual route to making a protein, but Bode and his team are certain that it is worth the effort.

Bright Peak has developed synthetic proteins based on three Interleukin signalling proteins: IL-2 (green), IL-8 (brown) and IL-7 (pink), as well as combinations with other molecules or proteins attached

Currently, proteins are typically made by inserting recombinant genes that code for the protein into a microorganism that can be grown to produce the protein. But these recombinant methods have limited ability to introduce small modifications with potentially big effects on the end product. Synthetic chemistry, on the other hand, can fine-tune the protein structure in a huge variety of ways.

A small modification to a side chain, for instance, can block a protein from binding to receptors it shouldn’t interact with and increase affinity to others, says Bode: ‘Those are modifications that would not be possible to put in by any kind of recombinant technique.’

Another advantage is speed. Production of therapeutic recombinant proteins is well established, but still very complicated. It can take months or years to develop cell lines and there are always risks of contamination. Bright Peak relies on inexpensive starting materials for making peptides, and pure chemistry synthesis to get up to the linear protein. The resulting molecules are typically very potent and the infrastructure for peptide synthesis provides a shortcut to developing cell lines, explains Bode.

And by doing things chemically, the team can introduce functional group handles that allow them to combine their proteins with other materials. ‘We can very easily do a half-life extension by attaching a polymer,’ Bode says. ‘And we can take these bioactive proteins and use our chemical handles to attach them to antibodies, for example, and make a whole new class of drugs called immunoconjugates. And this is very, very fast to do.’

Bright Peak do not reveal how expensive it is to produce BPT-143 but Bode hints it is not what you would expect. He divides the process into two parts: the ‘synthetic part’ of producing the linear protein and the ‘biologics part’ of folding, formulation and purification. ‘The cost driver is surprisingly not the synthetic part,’ Bode says.

Bright Peak owes its success to an amide-forming ligation reaction, which helps join short peptide segments together into longer chains. Bode’s group developed the process at the University of California in Santa Barbara, US, some 15 years ago and further refined after his group moved to ETH in 2010. 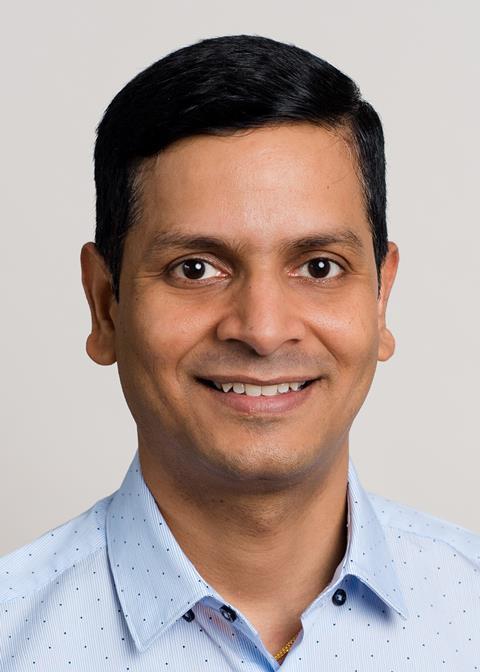 The basic reaction – first published in 2006 – opened doors to making amide bonds without reagents or protecting groups. Over the years, Bode’s group learned to integrate the reaction into the infrastructure of solid phase peptide synthesis and use it to make proteins.

In 2020, Bode and Bright Peak co-founder, Vijaya Pattabiraman, obtained $35 million from venture capital firm Versant Ventures, to develop BPT-143. ‘That funding allowed us to start scaling up to expand to some other proteins, and most importantly, start getting it into animal studies and preclinical development,’ says Bode. In June, the company received a further $107 million round of venture financing, led by RA Capital.

Pattabiraman was the brains behind transferring the technology out of the lab and scaling it up to production. At the same time, this scalability is indebted to previous work in therapeutic peptide synthesis, Bode highlights: ‘Making the peptide segments is the heavy lifting and we should credit all the people who came before us,’ he says.

As soon as the data is ready, Bright Peak plans to apply for regulatory approval in the US to begin human clinical trials in cancer patients. While the molecule’s development has mainly focused on oncology, variations of BPT-143 can also be used for autoimmune diseases, says Bode. The protein stimulates effector T cells, which upregulate chemokines and adhesion molecules that guide them to sites of infection. The cells can be trained to attack tumours or cancers and BPT-143 causes them to expand or copy themselves.

The company also hopes that its molecules will help train the immune system to recognise these cancers in the future. ‘This fits in with a huge area of immuno-oncology,’ says Bode. ‘It’s very likely that our molecule could be used in combination with other checkpoint inhibitors.’