Digging deeper into the environmental impact of nanomaterial contamination 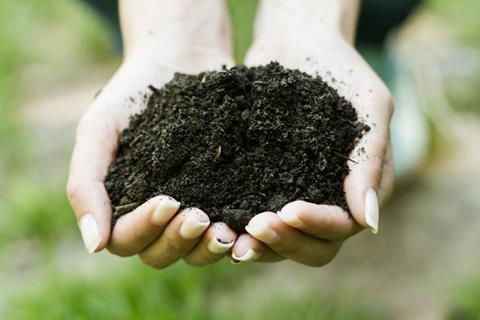 Digging deeper into the environmental impact of nanomaterial contamination

Graphene oxide’s abundance of surface oxygen-containing groups makes it a useful precursor to the graphene-based materials poised to revolutionise electronics and nanoproduct industries. Soil ecosystems will likely bear the brunt of nanomaterial contamination and while previous studies have looked at graphene oxide’s effect in pure bacterial cultures, soil is a much more complicated medium with diverse microbial communities that demand closer investigation. Now a team led by Xiangang Hu and Qixing Zhou’s of Nankai University has studied the effects of graphene oxide in the soil for 90 days using high-throughput sequencing analysis.

Hu tells Chemistry World the group were surprised by the findings. ‘Graphene oxide is considered to be relatively biocompatible. However this work revealed that graphene oxide actually altered the bacterial community in the soil.’ In particular, genera exhibiting nitrogen-fixing functions were present to a greater extent.

Changes in surface chemistry of the soil-modified graphene oxide (SMGO) were also analysed. New N–O groups incorporated by microbial processes, or from soil nitrites and nitrates, boosted the SMGO’s redox potential. Experiments also indicated that the SMGO possessed more unpaired electrons than the pristine sample – potentially problematic, as research shows that the number of unpaired electrons and defects on the surfaces of nanomaterials directly affects their toxicity.2

Should we be worried? Or is greater bacterial diversity a good thing? Hu thinks it’s too early to tell: ‘At this stage, it is unclear whether the alteration of bacterial species is beneficial for the environment or not. Our team are doing related studies on the risks of graphene oxide and the effects on the soil properties and the plants growing in it’. Hongbo Shao, an expert in soil biochemistry at Yantai Institute of Coastal Zone Research, China, agrees: ‘Further efforts are needed to establish the advantages and disadvantages of graphene oxide as a soil modifier – more disciplinary subjects including biology, chemistry, soil sciences and plant biology should be combined to fully establish the precise risks.’