As environmental awareness in China grows, so too is the number of protests against chemical plants

Increasing environmental awareness amongst the Chinese public is forcing more chemical plants to relocate, and experts say that more transparency and communication are urgently needed for the chemical industry to continue to grow.

In the most recent incident, the municipal government of Dalian halted operation of a paraxylene (PX) plant - Fujia-Dahua PX Plant - and ordered its removal. The decision came after large tides destroyed the plant’s flood bank and swept away tanks of dangerous chemicals on 8 August.

Paraxylene is a common chemical material used to produce terephthalic acid (PTA) for the manufacture of polyester. Although the chemical is toxic and combustible, there are very few reports worldwide of environmental harm from PX because of widely held safety measures. 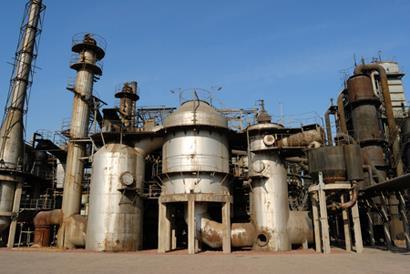 The relocation decision by the Dalian Government has been hailed as the latest victory for the relatively new phenomenon of environmental protest in China.

In December 2007, the municipal government of Xiamen - in southeast China’s Fujian Province - decided to suspend the construction of a US$1.48 billion paraxylene factory by Taiwan-based petrochemical giant Xianglu, after protests by local residents that lasted more than two years and included scientists at Xiamen University. Later, the plant was built on a small island belonging to the nearby Zhangzhou city.

The Xiamen PX case, considered the first victory for environmental protestors against a major economic policy in China, reduced the scheduled annual supply of paraxylene by 700,000 tonnes, which is also how much is scheduled to be lost by the closing of the Fujia-Dahua PX Plant. On the other hand, China’s production capacity of PTA -- the downstream product of paraxylene -- has grown quickly and is expected to rise by 3.75 million tonnes to 16.75 million tonnes in 2011.

According to a report by CITIC Securities, the rise in PTA production coupled with the slow construction of Paraxylene facilities, will result in an undersupply of over 3 million tonnes of paraxylene. This conclusion has already pushed the price of paraxylene up quickly since early August.

But there are also other impacts of the relocation of the Fujia-Dahua PX Plant. In Dalian, residents and critics continue to protest the location of the chemical industrial park where Fujia-Dahua is located as they are concerned that the park is too close to the coastal city. And in Guangdong Province’s Huizhou, there was strong opposition from residents during the environmental evaluation of a proposed polystyrene plant, despite the fact that polystyrene does not have the same list of hazards as PX.

During the public protests against Fujia-Dahua, claims were made that PX threatens public life but Hong Dingyi, secretary general of the Chemical Industry and Engineering Society of China, disputes this. ’Many chemicals, such as methane, are toxic, but you cannot say they are more polluting. Whether they are polluting depends on how the plants are managed,’ Hong says.

According to Hong, the media widely spread disinformation about PX both during the Xiamen case as well as afterwards, leading to huge public mistrust of the chemical industry. But an environmental researcher based in Xiamen, who refused to be named, says that in the case of PX, the toxicity evaluation should not be focused on paraxylene. ’The benzene and hydrogen sulfide (used in the production process of paraxylene) are more toxic.’

Ma Jun, director of the Institute of Public and Environmental Affairs in China, says that it is natural that the public shows strong opposition to chemical industries near their home. ’Local governments and chemical factories themselves have not performed their responsibilities well. They neither reveal full information nor engage the public in the decision-making process,’ Ma tells Chemistry World.

However, the recent examples from Xiamen and Dalian might not spread nationwide anyway. Both Xiamen and Dalian are wealthy coastal cities that boast beautiful beaches and municipal governments that are financially strong enough to bear the relocation of a major chemical plant. In addition, environmental issues are particularly sensitive in Dalian at the moment after a serious oil spill in the city last year.

Despite this, Hong urges chemical firms to increase their communication efforts and invite the public and media to visit them and to learn that chemical companies with good management are safe enough.

Another recommendation of Hong’s is to concentrate chemical plants on chemical parks far from cities but with complete and reliable waste processing facilities, which can reduce both product costs and the public’s unease.

Ma agrees and says that efforts must be increased to involve the public in the early debates and decision-making on the location of major chemical plants. He says that in these new times, chemical investors’ previous approach of relying on economic returns to persuade local leaders does not always work and strong public resistance can lead to forced relocation which is ’not a socially or economically reasonable solution.’