Hallucinogenic drug in the clinic

The use of LSD (d-lysergic acid diethylamide) in psychotherapy is to be studied for the first time in 35 years.

A trial to determine whether patients with anxiety relating to advanced-stage illnesses can be safely given LSD-assisted psychotherapy and whether it improves their anxiety symptoms has been approved by a Swiss ethics committee.

The trial will be a randomised, active placebo controlled double-blind dose-response, Phase II pilot study with 12 subjects, conducted in Switzerland by Peter Gasser, psychiatrist, psychotherapist and president of the Swiss Medical Association for Psycholytic Therapy. 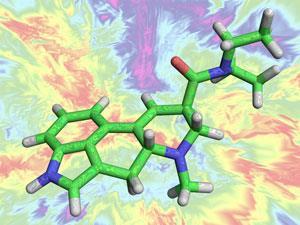 LSD to polish up its trippy 1970s reputation

The Multidisciplinary Association for Psychedelic Studies (Maps) in the US is sponsoring the study as part of its goal for LSD to be available for prescription use by trained and licensed psychiatrists and psychotherapists in regulated clinics. The organisation is donating at least $50 000 of the estimated $150 000 cost and plans to raise the remainder.

Gasser hopes to start the trial by the end of the year and anticipates it will last about two years. Before he can begin, approval is also needed from SwissMedic, the Swiss drug regulation authority. ’We have had informal conversations with officials within SwissMedic,’ said Rick Doblin, president of Maps, ’and believe that SwissMedic will approve a study that has already obtained approval from a Swiss ethics committee.’ He expects to get approval before the end of the summer.

The trial will restart research that was stopped by regulatory agencies around the world in the early 1970s, mainly because of political concerns and in response to large-scale use and abuse of LSD at the time.

LSD is classified as a psychedelic drug or hallucinogen. It produces sometimes intense changes in perception, cognition and emotion that last for up to 12 hours. Previous clinical research and anecdotal reports suggest it could be used to treat psychiatric conditions that emerge after a life-threatening illness is diagnosed. Reports cite changes in perceptions of the self and the world, including ego dissolution, feelings of transcendence or transformation, and decreased distress that may help people grappling with physical deterioration and impending death. While LSD can produce both negative and positive emotions, the researchers hypothesise that the combination of LSD within a therapeutic setting will reduce anxiety afterwards.