Do patents foster innovation, or do they hold it back? 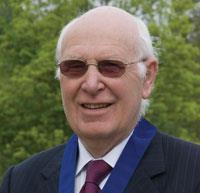 Patents protect inventions by giving the owner of the patent the right to stop anyone from making or using the invention without the owner’s permission.

This right is enforceable in a court of law and can last for up to 20 years. In other words, a patent is a right to stop use of the invention for a limited period. In return for being granted this monopoly the applicant for a patent has to agree to publication by the Patent Office of details of the invention, including a full teaching of how to perform the invention, without which the patent is invalid.

In today’s liberal and free market economies it’s not just industrialists and governments who recognise the importance of a sound and enforceable patent system; increasingly the academic world is coming to realise that patents and the licence revenues that can flow from them are making an essential contribution to university research and to economic growth. This was highlighted very recently in the Higher Education Funding Council for England/Department of Trade & Industry joint report on universities’ spin-out businesses, published on 26 July 2006. The report showed universities’ patent applications to be up 23 per cent on the previous year, and licences and options granted to be up by a staggering 198 per cent, compared with the previous year.

If researchers, industrialists and entrepreneurs didn’t have confidence that patents can legally protect their inventions from being copied without their consent, most would be very reluctant to invest time and money in developing new products. When a successful product hits the market-place you can be sure that someone will try to copy it and take some of the market share. If the inventors thought their ideas could be freely copied by unscrupulous imitators, would they have made the huge investment needed to bring their products to the market? Of course not! 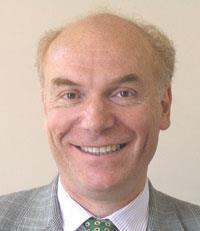 Patents are a menace. Inventors claim they need patents to incentivise their research but, today, it is the company that fails to innovate that goes bust. Companies take out patents, therefore, to neutralise the competition, so that they need do no more research.

Equally, industrialists claim that patents disclose proprietary knowledge. But Edwin Mansfield, the doyen of economists of science, showed that proprietary knowledge is a myth: ’information containing the detailed nature and operation of a new product or process generally leaks out within a year’.

That is because, as Eric von Hippel of the Massachusetts Institute of Technology, US, demonstrated, technology companies routinely exchange information with their rivals, because the companies that share knowledge outperform the non-sharers. Scientific collaboration, moreover, approximates to economic perfection because, ideally, all companies should share all their science, and they should compete solely over the delivery of new products.

When governments really want to foster society’s interests, they overrule patents. The Wright brothers, for example, patented the aeroplane in 1903, and they consequently blocked the further development of aeroplanes in the US. So in 1917, on declaring war, Washington suspended all aviation patents in America - a suspension that was lifted only in 1975.

We do not need intellectual property rights. We need rights over things because things can be used by only one person at a time. Their ownership, therefore, needs to be clear if we are to avoid conflict. But ideas can be used infinitely, and their dissemination is a public good.

The market, moreover, protects innovators. Copying new technology is difficult, and imitators lag behind by years - the years of legitimate monopoly for innovators. Only in the pharmaceutical industry are patents justifiable. There, it takes so long to meet safety regulations that innovators need protection from imitators. Elsewhere, imitation stimulates beneficial research.