Just weeks after an independent report looking at international approaches to evaluating research impact, a poll of UK professors finds that over a third would consider pursuing their academic career abroad if current UK plans to assess and reward impact are implemented.

A new report by think tank Rand Europe, commissioned by Higher Education Funding Council for England (Hefce), has investigated the progress made by other countries on assessing research impact and indentifies lessons Hefce could learn from these examples. The report also makes recommendations to Hefce regarding aspects of the proposed Research Excellence Framework (REF), including impact weighting, attribution and users as peer reviewers.

"Assessing impact is perfectly doable, the question is whether the burden is worth it" - Jonathan Grant, Rand Europe

The REF has many parallels with the Australian Research Quality Framework (RQF) which was developed and then dropped in 2007 after a change of government. Other impact assessment models exist for US Federal programmes, in the Netherlands and for the Arthritis Research Campaign UK.

A theme throughout the report is the introduction of flexibility for higher education institutions. Hefce could consider allowing some flexibility in the weighting given to the three areas of assessment - quality, impact and environment, says the report. It suggests the weightings could be flexible between higher education institutions by allowing each to choose its own ratio according to its own mission plan.

The report also highlights the need for more investigation into how to deal with attributing research impact, the burden involved in completing a reliable assessment and the motivations and commitment of end users to participate in the REF. 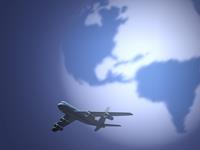 Jonathan Grant, president of Rand Europe, feels that it is possible to robustly assess the impact of academic research. ’Assessing impact is perfectly doable, the question is whether the burden is worth it,’ he says. The report found that while there were good models for impact assessment, they still produced an excessive workload and undesirable perceptions in the academic community.

The authors recommend that Hefce, currently running a pilot programme to help evaluate impact assessment, continues to consult widely on various aspects of the REF.

Introducing the REF on the current timescale may risk using impact indicators that are not sufficiently developed to be used to make funding decisions. Many responses to the recent REF consultation advise Hefce to delay implementation of the REF by one year to ensure that impact assessment is fully developed. ’We, in conjunction with other UK funding bodies, are carefully considering responses to the consultation on all aspects, including the timetable, before finalising our plans,’ said Hefce.

While Hefce continues to digest the responses to the REF consultation and the report on international practice, a survey by the University and College Union (UCU) released this week showed that a third of professors would consider leaving the UK if the plans to assess impact are implemented. Of the 589 professors polled, over two-thirds said they do not support the impact proposals and one in five said they had colleagues who were planning to leave if the impact agenda continues.

UCU general secretary, Sally Hunt, said: ’We should be working hard to attract the finest minds to Britain, not implementing new rules that will drive them away. History has taught us that some of the biggest breakthroughs have come from speculative research and it is wrong to try and measure projects purely on their economic potential.’