Who's up? Who's down? Just check the chart of scientists' greatest hits

This page was originally published in April 2007, but the list at the bottom is updated approximately every six months.

Living chemists have been ranked in a league table based on what some argue is the fairest measure of research achievement ever devised. 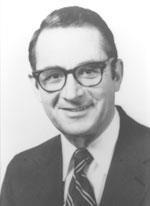 Top of the 2000-strong pile is Harvard’s E J Corey, fighting off competition from George Whitesides and Martin Karplus (both also Harvard). Completing the top five are Kurt W?thrich and Alan Heeger, while the leading British chemist so far indexed, Alan Fersht, is placed at number 13. The full list is available below (most recent update 12 December 2011. Since this article was written, Whitesides and Karplus have overtaken Corey at the top of the table, and more chemists have been indexed. The list below is always the latest update).

The chemists were ranked by h-index, a number invented by physicist Jorge Hirsch in 2005 to measure research impact. A scientist’s h-index is the highest number of papers they have published which have each amassed at least that number of citations: Corey, with an h of 139, has published 139 papers which have each received at least 139 citations, for example.

By combining quantity and quality, Hirsch argued, the h-index avoids other measures’ potential bias: counting total published papers can reward the hard-working but mediocre, while a highly-cited scientist may have inflated their reputation by writing review articles or by sneaking in as co-author on many papers.

Henry Schaefer, of the University of Georgia, US, together with colleague Amy Peterson, created the rankings from the ISI Web of Science. Though web-based applications can calculate h-indices, Peterson had to check for misspelt or duplicated names on papers.

The list is restricted to living chemists; otherwise John Pople (1925-2004), with an h of 137, would have come top. Schaefer admits that it is not yet comprehensive, and welcomes additions. Though the top 10 won’t surprise anyone, said Schaefer, some Nobel prize winners are buried deep down in the table. E O Fischer, for example, squeezes in at joint 251st with an h of 60. That in part reflects the publication culture of previous decades; and in some cases, suggests Schaefer, because the Nobel Prize is awarded for one achievement, while the h-index marks a whole career.

Indeed, ’being old is a huge plus’, Schaefer notes, as one’s h-index can only rise with age. The average age of the top ten chemists is around 70; of the younger scientists, Ad Bax, who researches biophysical NMR spectroscopy at the US National Institutes of Health (aged 50, with an h of 111) is best placed to take the lead. H-indices also seem to vary between different fields of chemistry - of the top 104 in the first version of the list, there were 33 organic chemists and 21 inorganic, but just 5 analytical.

Rough and ready as the h-index may be, it has captured the enthusiasm of many chemists, particularly in the US. While some, like Timothy Donohoe at Oxford University, see it as ’a bit of fun, really’, Hirsch originally suggested that h-indices could inform funding or tenure decisions which might otherwise be more politically biased. French chemist Christian Bruneau, who works at the National Centre of Scientific Research (CNRS) in Paris, says he has been asked for his h-index (28) by some European research council programmes, and happily includes it on his CV.

Nonetheless, says Dieter Lenoir, who works at the National Research Centre for Environment and Health (GSF) in Neuherberg, Germany, and is compiling a detailed list of all German chemists’ h-indices, one’s h-index doesn’t take into account great teaching or great book-writing; while University of Georgia chemistry head John Stickney, who asked his entire faculty for their h-indices, says they should be ’taken with a gram of salt’. ’I don’t think you should get hung up on them, but you can’t ignore them’, Richard Catlow, head of chemistry at University College, London, told Chemistry World.

Jorge Hirsch has ceased compiling h-index league tables of chemists in 2012 after criticism.