The Chinese Nationalist Party (Kuomintang) candidate Ma Ying-jeou’s recent landslide victory in Taiwan’s ’presidential elections’ could strengthen the island’s scientific ties with mainland China. Research collaboration between the two has been frozen throughout the eight-year reign of the pro-independence Democratic Progressive Party (DPP).

Ma Zheng, a science publication analyst at the Beijing-based Institute of Science and Technology Information of China, says that the number of articles co-authored by researchers on the Chinese mainland and in Taiwan is extremely low. ’Even when there are some instances of co-authorship, they are the result of multi-national and -regional collaborations,’ Ma says. 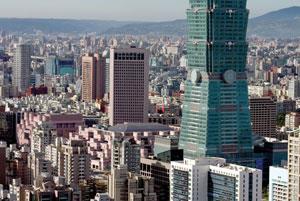 Zhu Lei, a senior research fellow at the Institute of Taiwan Studies of the Chinese Academy of Sciences, says there are a few small joint industrial research projects - mostly in the area of semiconductors and light emitting diode (LED) screens. But these tend to focus on improving production techniques and not on the technology itself.

The refusal to recognise Chinese diplomas in Taiwan, the lack of direct flights and the dearth of public funding have all impeded collaboration, Zhu says. But the Chinese mainland has strong basic research in all disciplines, while Taiwan is able to quickly absorb the newest technologies and transform them into profitable products. Bringing the two together could have big benefits, he adds.

Soong Tai-Sen, president of Taiwan’s leading venture capital firm CDIB BioScience, adds that drug development is a key area to begin the cross-strait cooperation. ’China’s pharmaceutical industry is strong in generic active ingredients, but lacks advanced formulation technologies - which Taiwan can provide,’ says Soong. ’But under the DPP’s rule in Taiwan, any cooperation with China has been condemned.’

But Ma’s election may change the situation - albeit gradually. Ma acknowledges the ’1992 Consensus’ - the agreement that both Taiwan and the mainland belong to ’one China’. China’s government considers recognition of the consensus, long dismissed by the DPP, a precondition to talks.

’A lot of work is needed to arrange funding, establish organisations and identify priorities for joint research - as well as to work out how intellectual property will be protected or shared. But given Ma’s acknowledgement of the consensus, both sides can begin concrete negotiations,’ Zhu says.